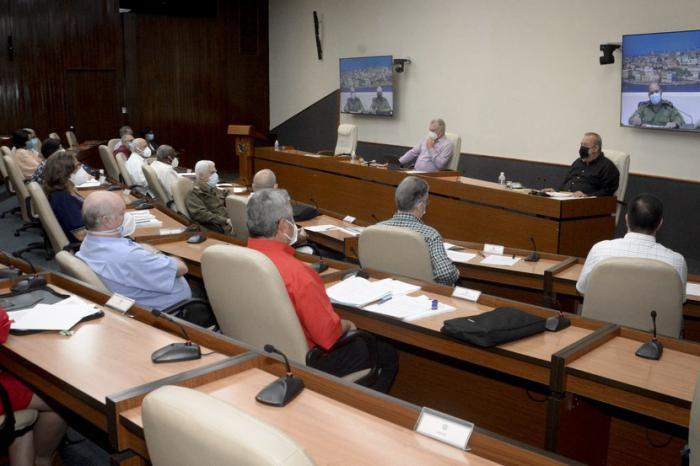 During the meeting of the temporary working group, the president, Prime Minister Manuel Marrero and other representatives of the island's top leadership talked with executives and governors of different territories.

According to the presidency's website, Marrero insisted on intensifying the attention to the medical personnel in the red zones and reflected on the importance of the 'hard fight' they are carrying out.

At the meeting, the governor of Havana, Reinaldo Garcia, assured that at present they are increasing information to the population in places of high concentration of people as part of the work to raise the perception of danger.

On Sunday, Havana once again confirmed the highest number of positive diagnoses with 600, out of the 900 autochthonous cases reported in the country.

Health and government authorities insist on the importance of respecting and strictly complying with the hygienic-sanitary measures, the established health protocols, the correct isolation of contacts of positive cases, among other actions to curb the incidence of the coronavirus.

From Matanzas, western territory also with regression in the control of the pandemic, Governor Mario Sabines explained that the province seeks to reduce the mobility of people, increase the quality of the screening and isolation capabilities.

Almost at the end of April, Cuba reported an average of 1,046 cases per day in April, an incidence which is part of an upturn of the disease in the nation since the end of 2020.