President Diaz-Canel evaluates the progress of computerization in Cuban society 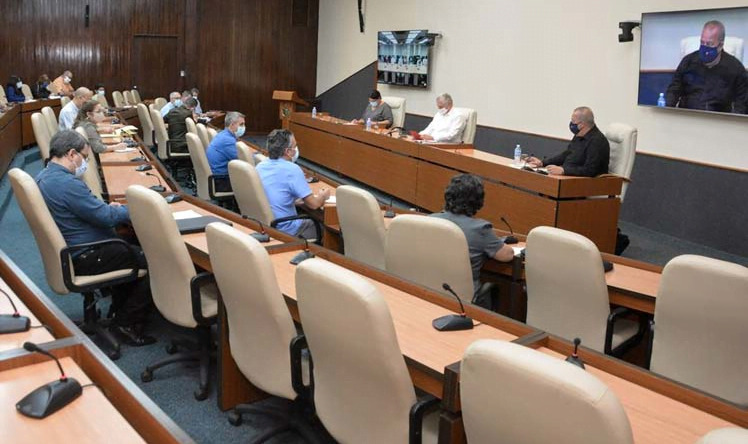 The Head of State reviewed the progress shown in the national territory in this regard, despite the U.S. blockade's limitations.

The dignitary insisted on the need to accompany these actions with a more significant response in terms of content so that more and more public services are available to citizens through digital platforms.

Díaz-Canel also received information on the results and challenges in developing telecommunications infrastructure and services on the island until the end of October of this year.

The Minister of Communications, Jorge Luis Perdomo, explained that in the second semester of 2019, Cuba started the first 4G mobile telephony services. In only one year, 1.46 million users have subscribed to that service, representing 25.6 percent of mobile users.

He also commented that one of the main challenges for 2021 is to increase fixed broadband services in homes using wireless technologies in search of greater capacity and speed of deployment.

For her part, the president of the Cuban Telecommunications Company (Etecsa), Mayra Arevich, informed that the number of mobile telephony users amounts to 6.2 million, of which 4.2 million have access to mobile data.

She added that users of landline telephony had reached reach 1.48 million.

Among the actions aimed at promoting the computerization process, Arevich mentioned the increase of broadband in health, education, science, and industry institutions.

According to the executive, an extension of internet services in several hotels and an increase of infrastructures to support electronic payment channels are also being sought.

Meanwhile, the Rector of the University of Computer Science, Walter Baluja, reiterated that Cuba currently exhibits computerization levels that were unimaginable two or three years ago.