Ordinary Session of the Cuban Parliament convened for December 16 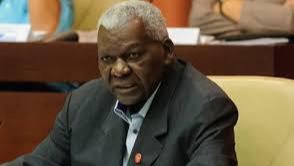 The President of the National Assembly of People’s Power, Esteban Lazo Hernandez.

Havana, November 26 (RHC)—The President of the National Assembly of People’s Power, Esteban Lazo Hernandez,  convened the Sixth Ordinary Session of the 9th Legislature. It will take place at 9:00 am, December 16, at Havana’s Convention Center.

An official note carried by local media stated that the lawmakers from all provinces except Havana would join the proceedings via video conference.

That was the first time the legislative body held a virtual session in its history due to the COVID-19 epidemic.