New measures implemented in Havana to halt the spread of COVID19 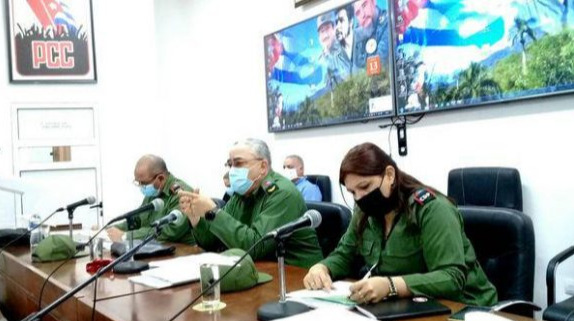 Havana, January 13 (RHC)-- In the aftermath of the return of Havana province to the Phase of autochthonous transmission, the Government of the capital announced Wednesday new measures to stop the spread of Covid-19, including the cessation of local transportation and the interruption of the school year starting Thursday.

According to the package of measures published by the local press, the Provincial Defense Council (CDP) also determined to eliminate interprovincial transportation for tourism, vacation, or other reasons and to establish checkpoints for entry and exit of the province as of next Friday.

However, the Council noted that vehicles that transport food, produce, and other food items for sale would remain with free access to Havana.

Likewise, authorities ordered the suspension of Cuban nationals arriving or leaving the country through the Jose Marti International airport,  except for humanitarian situations or others that justify it.

On Tuesday, the temporary working group for the prevention and control of Covid-19, headed by President Miguel Diaz-Canel, decided to return Havana city to the pandemic's epidemic stage due to the increase of cases.

On Wednesday, Cuba reported 550 new infections and three deaths, bringing the total number of confirmed cases in this country since the beginning of the pandemic last March to 16 044.

This is the highest number of new cases recorded in one day,  said Dr. Francisco Duran, national director of Epidemiology of the Ministry of Public Health.