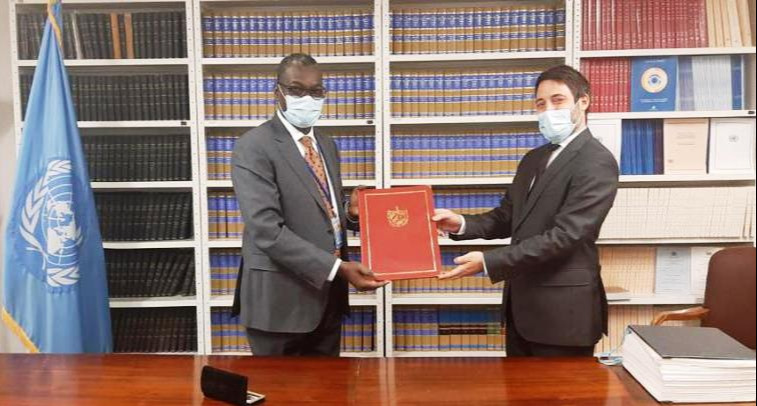 Cuba´s Permanent Representative to the UN, Pedro Luis Pedroso, hand over the document to David  Nanopolus,
Chief of the Treaty Section of the UN Office of Legal Affairs.

The document was handed over by the Permanent Representative of the Island to the UN, Pedro Luis Pedroso, to David  Nanopolus, Chief of the Treaty Section of the UN Office of Legal Affairs.

According to the Foreign Ministry website, by signing and ratifying that agreement, the Caribbean island reaffirmed its commitment to nuclear disarmament and to the complete and effective ban on all nuclear tests, including nuclear explosions, subcritical tests, and other sophisticated methods.

With this action, Cuba reaffirms its condemnation of the proliferation of subcritical tests and the increase in expenses to improve such tests. It also supports the closure and dismantling of all facilities used for such purposes and their associated infrastructure.

Once in force, the CTBC will contribute, together with the Treaty on the Prohibition of Nuclear Weapons (TPNW), to efforts for the total, transparent and irreversible elimination of these weapons of mass destruction, the Foreign Ministry said.

Cuba is proud to belong to the first densely populated area in the world to be declared a Nuclear-Weapon-Free Zone and reaffirms the validity of the Proclamation of Latin America and the Caribbean as a Zone of Peace, adopted at the 2nd Summit of Heads of State and Government of the Community of Latin American and Caribbean States.