Cuba elected vice-chair of the UN Committee on Decolonization 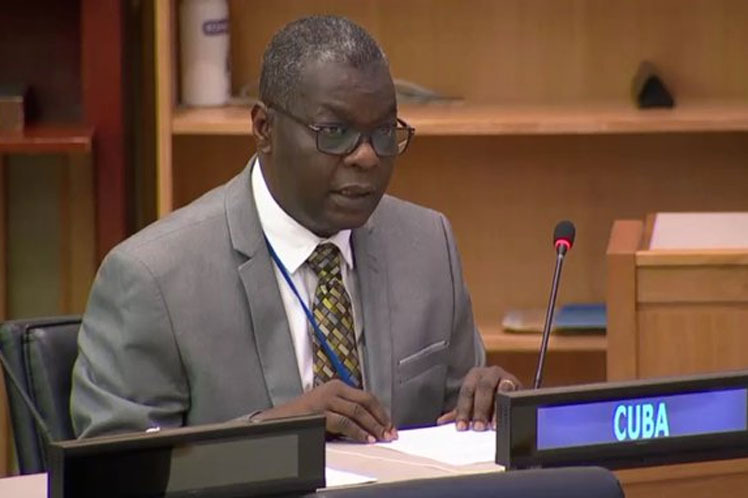 United Nations, February 18 (RHC)-- Cuba was elected on Thursday to the position of vice-chair of the UN Special Committee on Decolonization, a position it assumes with the commitment to continue fighting to eradicate colonialism in any of its manifestations.

The Permanent Representative of the Caribbean country to the United Nations, Pedro Luis Pedroso, made this statement upon assuming the position. He also thanked the members of the Committee for the trust placed in him.

You can be sure that, like my predecessors, we will work with renewed commitment to fulfilling the mandate entrusted to the Committee by the General Assembly.

More than 60 years after adopting the Declaration on the Granting of Independence to Colonial Countries and Peoples, the process of global decolonization has not been completed, and the objectives set out in the Declaration remain unfulfilled, the diplomat stressed.

The Fourth International Decade for the Eradication of Colonialism, recently declared by the General Assembly at its 75th session, signifies a boost to all Member States' common aspiration to completely eradicate colonialism, he said.

Along with the actions of the UN Special Committee on Decolonization, the diplomat stressed, cooperation among the Member States and the Secretariat is essential to fulfill the pledge to leave no one behind, including the 17 territories under colonial domination and Puerto Rico.

The Cuban ambassador also reiterated his country's historic commitment to the eradication of colonialism.

Pedroso also congratulated Grenada's Permanent Representative, Keisha McGuire, on her re-election as chair of the Committee, and Sierra Leone and Indonesia's ambassadors were re-elected as vice-chairs.

Cuba was also elected earlier this month to the vice-presidency of the United Nations Committee on the Exercise of the Inalienable Rights of the Palestinian People.

The Caribbean country has held that position on several occasions and has extensive experience in the matters dealt with by that body.