Cuba and Russia ratify their interest in mutual cooperation 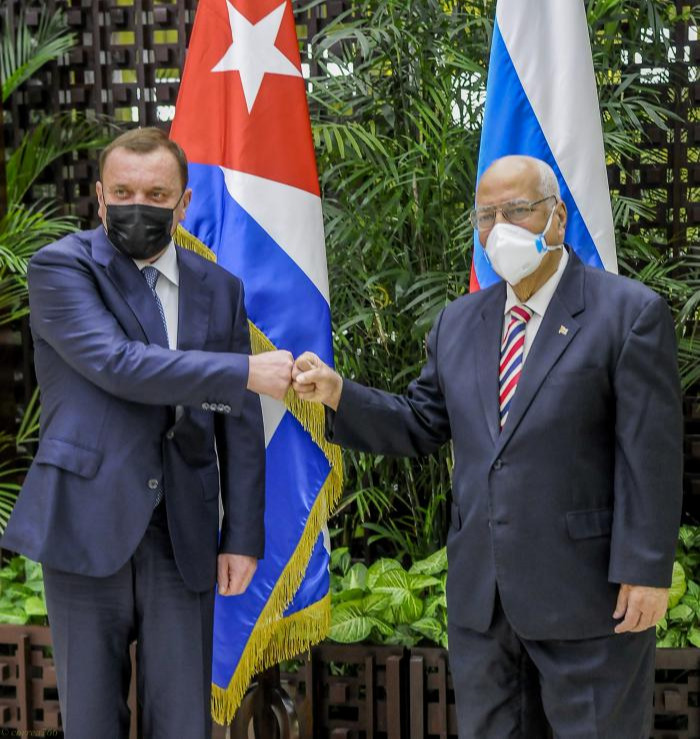 Ricardo Cabrisas Ruiz, deputy prime minister of the Republic of Cuba (Right), and Yuri Ivanovich Borisov, vice president of the Government of the Russian Federation.

Havana, April 1 (RHC)-- The need to globalize solidarity and international cooperation transcended, Wednesday, during the celebration of the 18th Cuba-Russia Intergovernmental Commission for economic-commercial and scientific-technical collaboration, which ends Thursday, and is headed by co-chairs Ricardo Cabrisas Ruiz, deputy prime minister of the Republic of Cuba, and Yuri Ivanovich Borisov, vice president of the Government of the Russian Federation.

They discussed mutual interest matters in the economic, financial, energy, transportation, agriculture, communications, and health areas, among others. The Cuban Deputy Prime Minister emphasized the need to effectively coordinate our structures' practical actions to neutralize the effects of selective policies and unilateral measures against our countries.

He also thanked Russia for its historic position against the U.S. blockade and reiterated Cuba's condemnation of the unjust sanctions applied to Moscow.

Havana and Moscow pay special attention to collaboration in the railway industry, energy, transport, and communications, among the main areas, issues that are periodically discussed in the 14 working groups that operate within the Joint Intergovernmental Commission framework.