Cuba and Russia will continue to develop partnership in different spheres 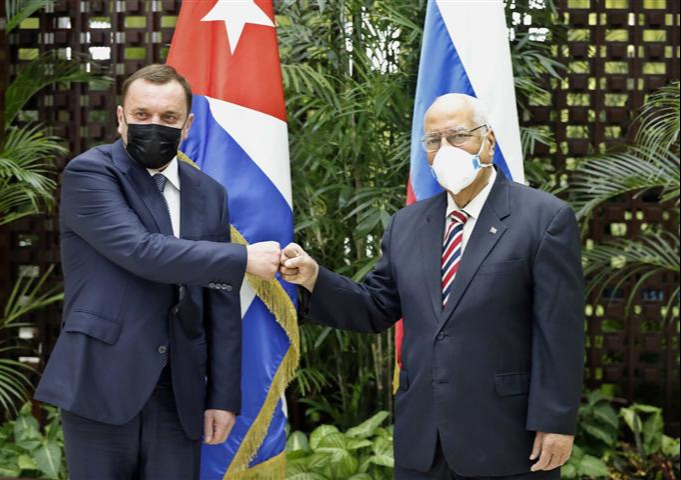 In a meeting held as part of the visit of the Russian leader to the island, the Cuban representation thanked the permanent support and solidarity of the Russian Federation with Cuba, especially for the assistance provided during the most challenging months of confronting the Covid-19 pandemic.

The occasion was also favorable to reiterate the solidarity of the Cuban people and government with the Russian Federation in the face of the constant misinformation campaigns and propaganda war waged by the United States against that country.

Cabrisas also reiterated Cuba's position against the unilateral and unjust sanctions imposed by the West on the Eurasian country and the expansion of the North Atlantic Treaty Organization (NATO) towards Russia's borders.

For his part, Borisov pointed out that his visit is a continuation of the telephone conversation held on January 24 between Presidents Vladimir Putin and Miguel Díaz-Canel.

He also made mention of the humanitarian aid delivered through the Ministry of Emergency Situations (MChS), between December 2021 and January 2022 to Cuba, and the subsequent shipments of medicines, and medical supplies, as a confirmation of his government's willingness to help the people and government of the island.

The delegation, headed by the Vice President of the Russian Government, also held sectoral exchanges in transport, energy, industry and banking, and finance as a sign of the potential for the promotion and deepening of relations