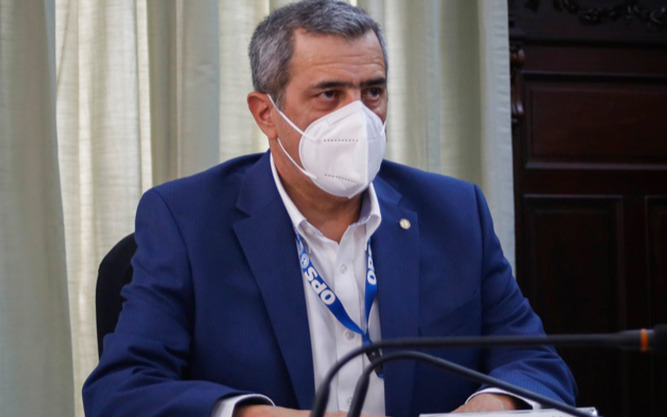 Havana, April 8 (RHC) -- On the occasion of World Health Day, Dr. José Moya Medina, PAHO/WHO representative in Cuba, acknowledged that the island is privileged to have five vaccine candidates, two of them in Phase III clinical trials and community interventions.

“We hope that the final results will be effective so that they can be approved by the National Regulatory Agency (Center for State Control of Medicines, Equipment and Medical Devices) for their nationwide application to tackle SARS-CoV-2 transmission. However, people must heed all prevention measures during the vaccination campaign,” he said in Havana.

World Health Day is celebrated on April 7 to commemorate the creation in 1948 of the World Health Organization.

Dr. Moya Medina remarked that COVID-19 has revealed profound social inequalities in Latin America and the Caribbean, whose health systems, fragmented and weakened by previous reforms, have not monitored, prevent and contain the new disease.

“Since late 2019, when the world heard of the transmission of the virus in the city of Wuhan, China, Cuba started to develop a prevention and control plan, which was ready by the time the first three cases were diagnosed on March 11,” said Dr. Francisco Durán, national director of Epidemiology.

“From that day, authorities implemented strict protocols to proceed to the isolation and hospitalization of positive cases, contacts, and suspects, and to prevent widespread transmission,” he stressed.

Cuba had three laboratories back then, but there are 23 today throughout the country where some20,000 samples are processed daily.

The epidemiologist insisted that Cuba has always worked to achieve equity in medical care. To this end, the health system has worked to control the pandemic thanks to the government’s will to provide the required resources to guarantee a fair health care service.