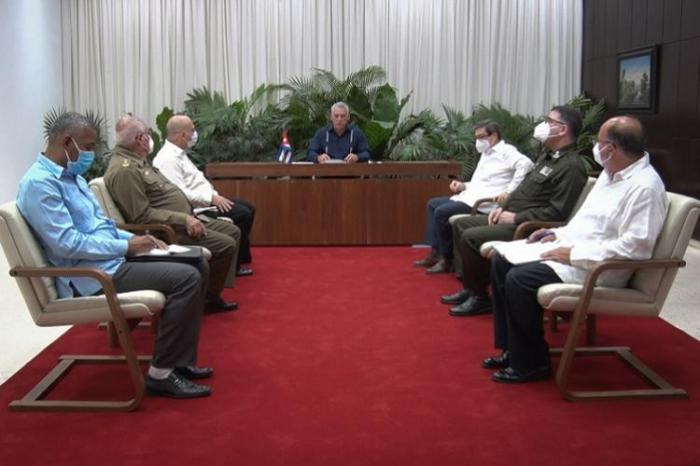 The Vietnamese top party leader congratulated his Cuban counterpart on his recent election as First Secretary and recognized the revolutionary career of Army General Raúl Castro Ruz and his contributions to the brotherly ties between Cuba and Vietnam.

Díaz-Canel reported on the results of the 8th Party Congress and thanked Vietnam for its support to the struggle against the economic, commercial and financial blockade imposed by the US government against our people. The Cuban leader also wished success to the Communist Party of Vietnam in the implementation of the resolutions approved at its 13th Congress.

Both leaders ratified their will to continue strengthening the special relations of friendship and cooperation between both peoples, parties and governments, guided by the imperishable legacy of Commander in Chief Fidel Castro Ruz and the legendary revolutionary Ho Chi Minh.