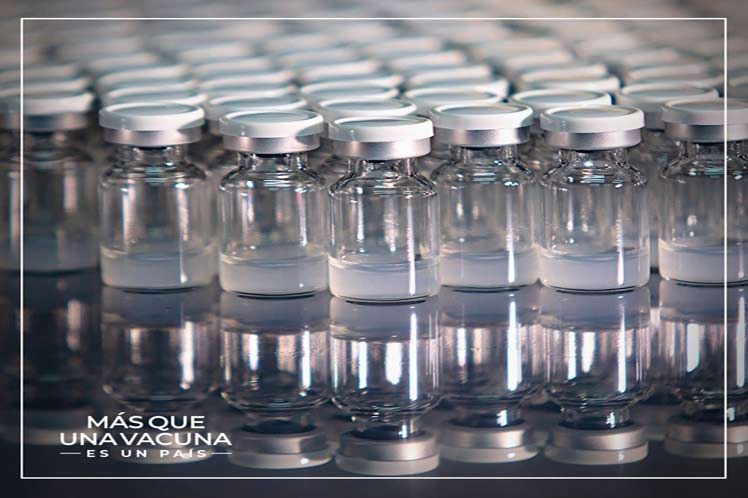 Havana, May 28 (RHC)--Cuban President Miguel Díaz-Canel praised Friday Latin American unity in the fight against Covid-19, referring to the visit to his country of the Minister of Health of Argentina.

The President highlighted on Twitter the presence of Carla Vizzotti, head of health of the South American nation, together with Cecilia Nicolini, advisor to the Presidency of Alberto Fernandez, who arrived in Havana to learn about the five Cuban vaccine candidates against the disease.

'Having our sisters and brothers at home is always good news. Cuba's vaccine candidates were also conceived with them in mind', said the head of state of the Caribbean country.

Likewise, he highlighted the 'beautiful coincidence' between the reestablishment of diplomatic relations with Argentina, 48 years ago when Héctor Cámpora assumed the presidency of the southern nation and the presence of the female officials on the island.

On their first day in Havana, Vizzotti and Nicolini met with Cuban health authorities and researchers to learn about the progress in developing the Abdala and Soberana vaccines, which are in the last phase of clinical trials.

This Thursday, the delegation had an intense program, which included a visit to the Center for Genetic Engineering and Biotechnology and to the headquarters of the biopharmaceutical industry group of companies, BioCubaFarma.

'We believe in the integration of our America and in the value of the solidarity exchange of experiences and concrete actions that favor the well-being of the peoples', expressed the Argentine Health Minister on Twitter, which she accompanied with an image of the Cuban drugs against Covid-19.

The South American nation faces a delicate situation due to the pandemic, with some 35 thousand infections per day and the virtual collapse of hospitals in the capital.

In the last 24 hours, more than 500 people died of the disease, causing great concern in the country, mainly in Buenos Aires, where there is a lack of beds available in several hospitals and high occupancy in intensive care areas.