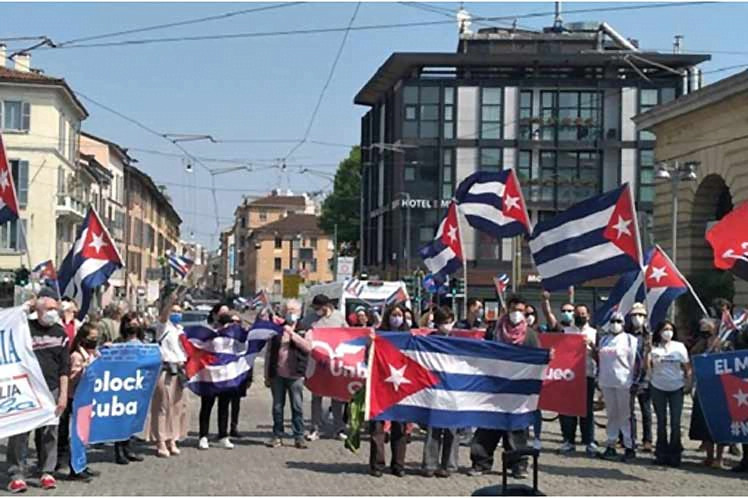 Havana, May 29 (RHC) Activists, friends of Cuba, émigrés, and members of the solidarity movement will participate starting this Saturday in a new caravan against the U.S. blockade, which will last until Sunday.

According to the Cuban Institute of Friendship with the Peoples (ICAP), participants will carry caravans of cars, motorcycles, walks, rallies, and various initiatives with Cuban flags and banners to demand the end to Washington's siege.

According to the press release, in Europe, the Berlin-Cuba Friendship Association organized a bicycle ride from the Cuban embassy to the U.S. diplomatic headquarters.

In Italy, actions will take place in some 30 cities; in Paris, friends of Cuba will participate in several initiatives, while Spanish activists will hold rallies and numerous demonstrations, ICAP said.

A caravan of cars is also expected this Saturday in Auckland, New Zealand, and another one tomorrow in Brisbane, Australia.

The main activities will take place this Sunday in dozens of cities, including in the United States, where projects such as Bridges of Love by Cuban-American Carlos Lazo are leading the solidarity initiative.

ICAP stressed that social media networks would play a major role in addition to the events and tours, as was the case in the two previous editions (March-April) of these caravans.

These events are part of the international campaign for the end of the blockade, which will reach its climax on June 23, when Cuba will once again present before the United Nations the resolution against this economic siege.