Gerardo Hernandez says revolutionaries must listen to the people, even those who think differently 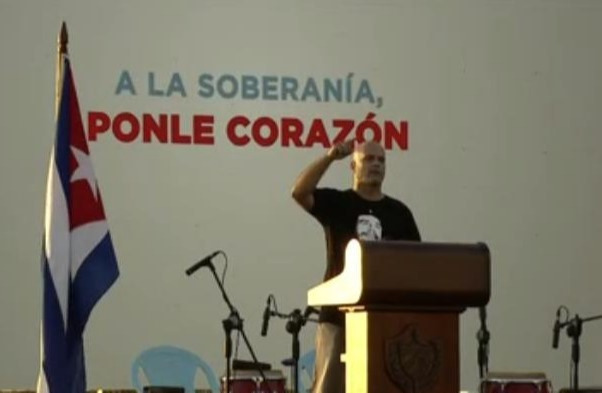 Havana, July 17 (RHC)-- The National Coordinator of the Committees for the Defense of the Revolution, Gerardo Hernandez Nordelo, was one of the speakers on Saturday during the mass rally held in Havana in support of the Cuban Revolution.

One of the Cuban Five and decorated Hero of the Republic blasted the misinformation campaign waged against the island.

“They have abused lies, slanders, fake news. And above all, they have desperately tried to divide us because they are well aware that it is unity that has helped Cubans overcome all the crisis and move forward,” he said.

Hernandez pointed out that those who throw stones at hospitals, those who throw Molotov cocktails, are criminals.   He stressed that  revolutionaries have to listen to the people, even those who think differently.

“It is our responsibility to listen to them, to dialogue, and find common ground,” the CDRs National Coordinator emphasized.

Hernandez recalled an urgent task the President has assigned to all the revolutionaries: Telling the people from all those places where the riots occurred that they can continue counting on the Revolution.

“We must go there with our hearts, listen to the people and face their problems,” he stressed.