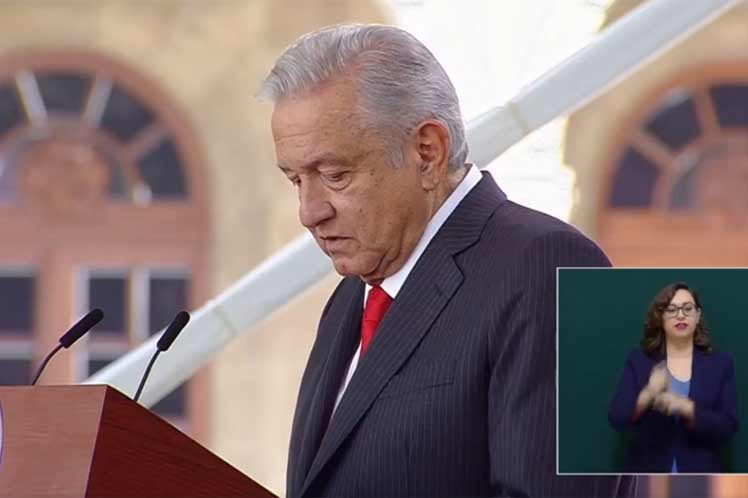 In a speech on the 238th anniversary of the birth of Simón Bolívar at Chapultepec Castle, in the presence of foreign ministers and high-ranking officials from 33 Latin American and Caribbean countries, the Mexican president praised Cuba as the only country on the continent that has confronted U.S. hegemony.

Recalling the history of Bolivar's role in the freedom of the peoples of Latin America, he explained how, as Spain was defeated in the continent, the United States emerged as a new hegemonic force characterized by policies such as the Monroe Doctrine of America for the Americans (them), which disintegrated the unity of the continent forged by Bolivar.

Since then, he said, the United States has not ceased to carry out operations against the independent countries south of the Rio Bravo to make its imposition predominate in America, but a special case is that of Cuba, with more than half a century of resistance to assert its independence in the face of the United States with all its power.

We can agree or disagree with the Revolution, but to have resisted for 62 years is quite a feat. This statement, he warned, may provoke anger, but its struggle in defense of sovereignty deserves the Dignity Award.

That island, he added, is the new Numantia for its example of resistance, and for that very reason, Cuba should be declared a world heritage site. But I also maintain that it is time for a new coexistence because the model imposed for more than two centuries by the United States is exhausted and benefits no one.