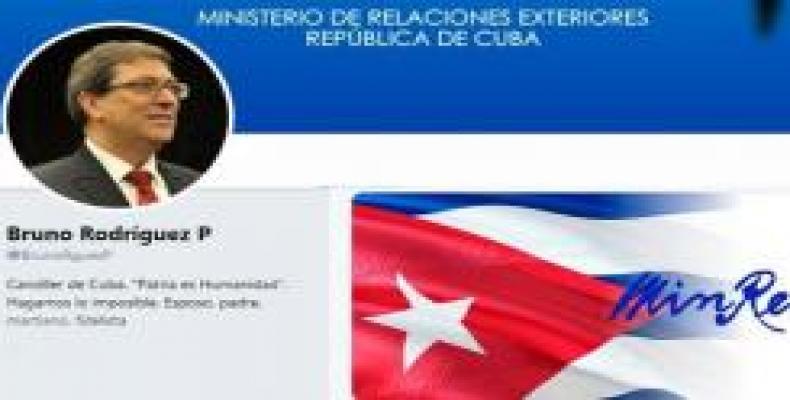 In a message posted on Twitter, Cuba's top diplomat explained that the numbers shown in the 2021 Digital Report, by Data Reportal and Hootsuite, confirmed the growing trend of connectivity for Cubans.

According to these statistics, the island has more than seven million users on the internet and more than six million active users on social networks.

For the second consecutive year, the country showed an Internet accessibility index higher than the world average, with 68 percent of Cuban population connected, according to estimates published by the Ministry of Communications at the beginning of 2021.

The expansion of access to the net on the island during the last two years is due to the implementation of the mobile data service, which began in December 2018, the ministry said.

The Cuban Telecommunications Company registered at the beginning of 2021 a total of four million 421 thousand mobiles connected by mentioned service.

In January 2021, more than 7.7 million people were Internet users, representing an Internet penetration rate of 68 percent, the 2021 Digital Report revealed 55.5 percent of the Cuban population participates in at least one social network, according to the publication.

In 2011, when the first joint report was made, Cuba had only 16 percent of the population connected, while globally it was 30 percent.