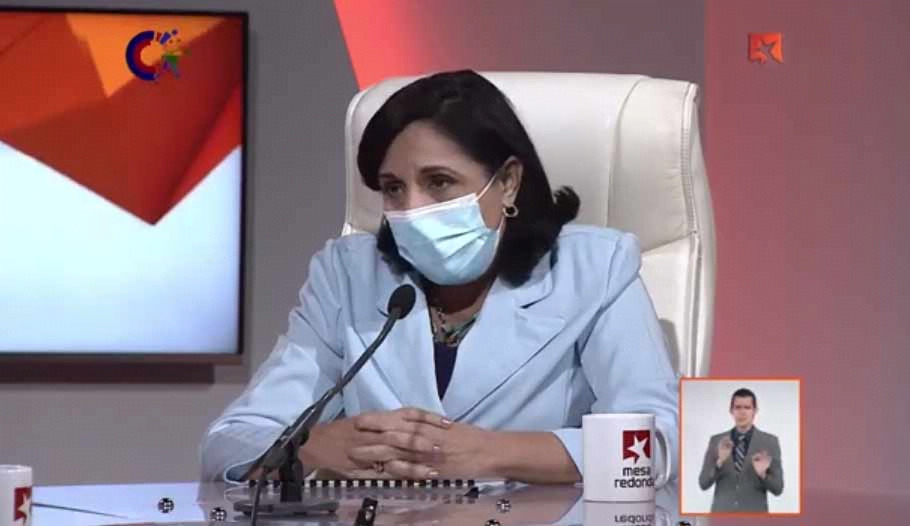 Ileana Morales, director of Science and Technological Innovation
of the Ministry of Public Health.

Havana, August 21 (RHC)-- Faced with the increase of confirmed cases of the SARS-Cov-2 virus due to the spread of the Delta variant, Cuba will expand mass anti-COVID-19 vaccination with the incorporation of new territories and vulnerable groups.

Ileana Morales, director of Science and Technological Innovation of the Ministry of Public Health, informed that immunization with Abdala would begin this Saturday in 22 other municipalities and cover people with diabetes and cardiac patients throughout the archipelago.

In the Round Table program, Morales said that the remaining districts of Ciego de Avila, Santiago de Cuba, and Guantanamo, which have a delicate epidemiological situation, will be covered.

The executive indicated that almost 800 thousand people will benefit from the nationally produced immunogen with proven efficacy in preventing the symptomatic disease and will continue the vaccination in the provincial capitals.

At present, 58 municipalities are participating in the immunization campaign, and 24 of them have already completed the three-dose pattern, where the effectiveness of the process has already been preliminarily confirmed, she said.

The specialist remarked that Isla de la Juventud, with sustained control of the epidemic, and Havana show a decrease in mortality and lethality of the new coronavirus, two of the fundamental variables on which these drugs act.

In this regard, she emphasized the positive impact of the application of Cuban vaccines in reducing deaths and contagion concerning the forecasts of the mathematical models, which predicted more than 10,000 confirmed cases per day at the end of July and the beginning of August.

She also said that the measurement of effectiveness is made by comparing vaccinated and unvaccinated people.

Morales praised Cuba's immunization pace, among the first in the world, both for the number of doses administered since the beginning of the process (12.3 million) and adherence to the scheme. She also thanked the population for trying to start and complete the treatment.

She applauded the efforts of the biotechnology industry for the delivery of 14 million doses of the immunogens, accompanied by the government's will to vaccinate the maximum number of people, which will have a decisive boost after the completion of the clinical trials in the pediatric population, one of the most affected by COVID-19.