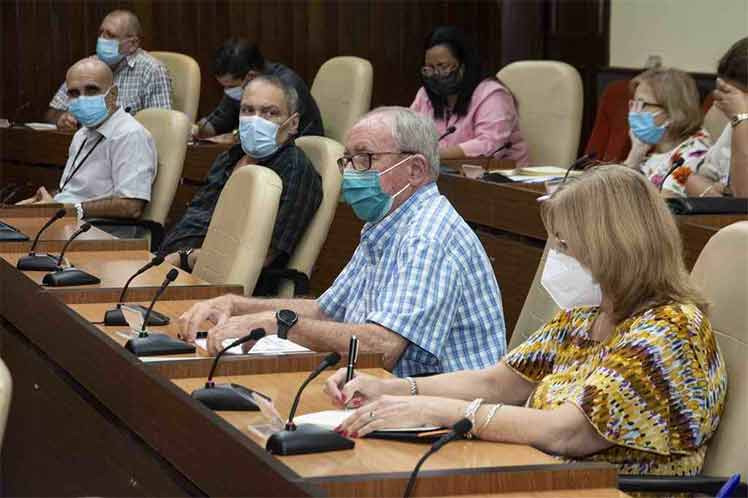 The vice-head of the Cuban Society of Hygiene and Epidemiology, Pedro Mas Bermejo. PL Photo.

The vice-head of the Cuban Society of Hygiene and Epidemiology, Pedro Mas Bermejo, commented that the study was carried out between July and August in the first seven municipalities of Havana where the intervention with this immunogen took place.

In statements to national television, the specialist pointed out that these are very high levels of effectiveness, even with the Delta variant of the coronavirus, compared with other studies.

"This ratifies the importance of taking the vaccine and confirms the strength to prevent severe forms of the disease," he pointed out.

For his part, the director of the Finlay Vaccine Institute, Vicente Vérez, commented on the strategy for the immunological closure of the communities.

"Two important elements will allow us to do that; the first one is that we achieved the authorization of the emergency use for pediatric vaccination from two to 18 years old, and with that, we can carry out the national campaign that has already started in the central province of  Cienfuegos ", he said.

On the other hand, the expert pointed out that 'we are on the verge of presenting the request for the extension of the emergency use of Soberana Plus for convalescents.'

Currently, this immunogen of national production only has the authorization for emergency use as a third dose in the scheme that includes Soberana 02.

After the exchange with scientists, Diaz-Canel presided over the meeting of the working group to face Covid-19, in which the complex epidemiological situation of the country was analyzed, and the distribution of medical oxygen in hospital institutions was reported.