According to Cuban Ambassador Carlos Miguel Pereira, a few hours ago a plane arrived in Havana with 24 tons and more than one million products such as gloves, masks, X-ray film, the drug piperacillin, and protective goggles and screens.

This shipment is the fourth batch of aid that Beijing has sent to the Antillean nation in less than three months, after the 30 pulmonary ventilators sent at the end of last July, plus the 150 oxygen concentrators and other supplies donated in August.

Its embassy in Havana assured that this ratifies China's "commitment to the construction of a human health community and its firm support to Cuba in its fight against the epidemic". 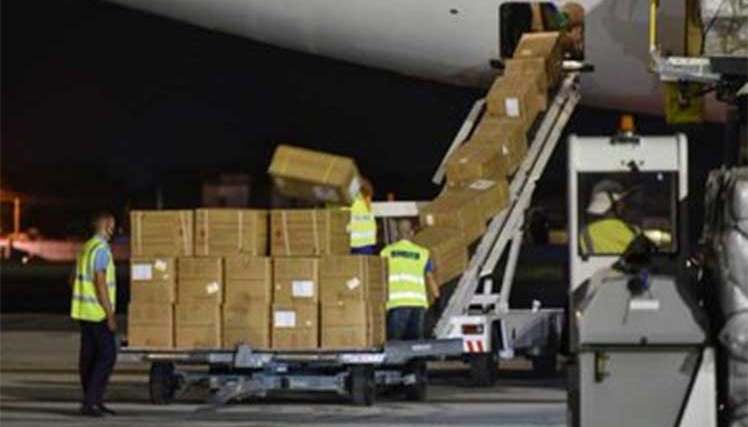 A few hours ago, a plane carrying 24 tonnes of medical supplies arrived in Havana.

It also indicated that these gestures are a vivid manifestation of traditional friendship just as the two countries are preparing to celebrate the 61st anniversary of diplomatic relations on September 28.

For their part, Cuban authorities consider all these actions a reflection of the firm will of the leaders and people of the Asian giant to show solidarity with the island just when it is going through a special situation.

Andro Vázquez, Chargé d'Affaires of the Cuban embassy in Beijing, recently said: "China, continues to send donations, transferring effective aid to our people. It is not the first time, and it will not it be the last. We can always count on the country's willingness to help our people,"

He also remarked that this is the true way to provide assistance to Cuba and not by imposing blockades or coercive measures, as the United States insists. (Source: Prensa Latina)