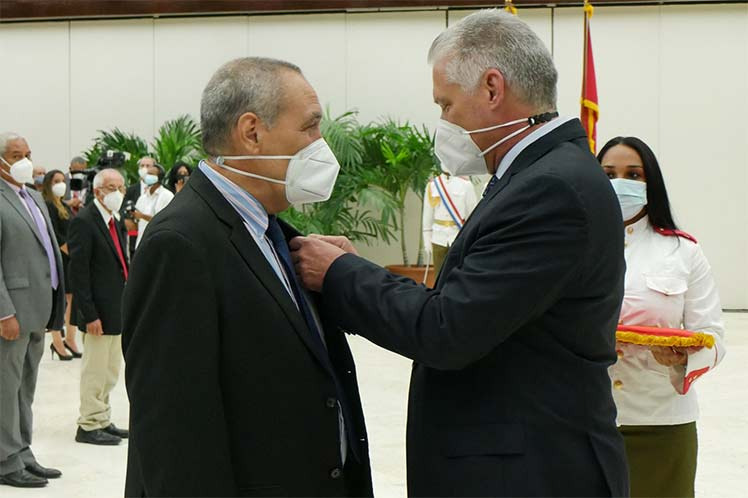 During the event, another 47 researchers were also awarded the first-degree 'Lázaro Peña' Order, granted to Cubans and foreigners for extraordinary labor merits, for significant contributions made to the national economy, or for a correct and sustained attitude towards work.

Ulises Guilarte, Secretary-General of the Cuban Trade Union Federation, proposed conferring the honorary title for the feat of producing three vaccines and two candidates against the disease caused by the SARS-CoV-2 coronavirus.

Abdala, designed by the Center for Genetic Engineering and Biotechnology (CIGB), the first vaccine in Latin America, showed 92.28 percent efficacy in its three-injection schedule.

The immunogens of the Finlay Vaccine Institute (IFV) Soberana 02 and Soberana Plus vaccine are also available.

The drugs that are still candidates are Mambisa, also from CIGB and only for nasal application, and Soberana 01, from IFV.

The Council of State grants the status of Labor Hero to Cuban and foreign citizens for extraordinary merits, the struggles for the conquests and in defense of the achievements and interests of the working class, and the consistent practice and contributions to proletarian internationalism.