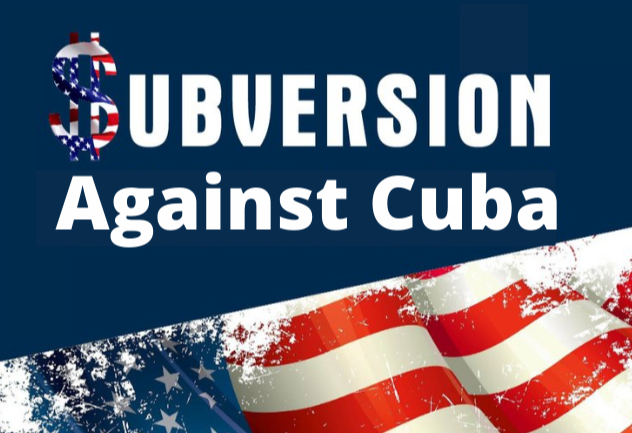 Havana, November 10 (RHC)-- The call for an alleged peaceful march for November 15 in Cuba responds to foreign interests for a regime change in the country, according to evidence unveiled by the local press.

Among the main elements disclosed is the training of political agents abroad in courses organized by specialists of Open SocietyFoundations and the National Endowment for Democracy (NED), linked to destabilizing actions against the Caribbean nation.

On Tuesday evening, a  segment during prime time newscast presented new evidence on the lack of spontaneity and authenticity in the call launched weeks ago and considered illegal by Cuban authorities.

The segment showed images of the visit in 2017 of Ruth Diamint and Laura Tedesco, experts on the armed forces of Latin American countries and professors of several courses to train political actors, among them, some of the leaders of the march.

Ruth Diamint is a specialist in national security and military issues, research project manager at the Open Society, and a scholar of the National Endowment for Democracy (NED).

Between 2016 and 2020, both academics organized six events dedicated to political transformation, particularly in Cuba, and the role of the armed forces in that process with a special interest in civilians who can influence the military.

This was confirmed by several documents included in the training and shown in the segment.

The workshops were given in the United States, Dominican Republic, and other countries.

Yunior Garcia and Manuel Cuesta, architects of the call for a new attempt of social destabilization, were in some of these initiatives. This evidence confirms the warnings of specialists from different branches about promoting a non-conventional war or soft coup against Cuba, applying manuals of supposed non-violent struggle for regime change.