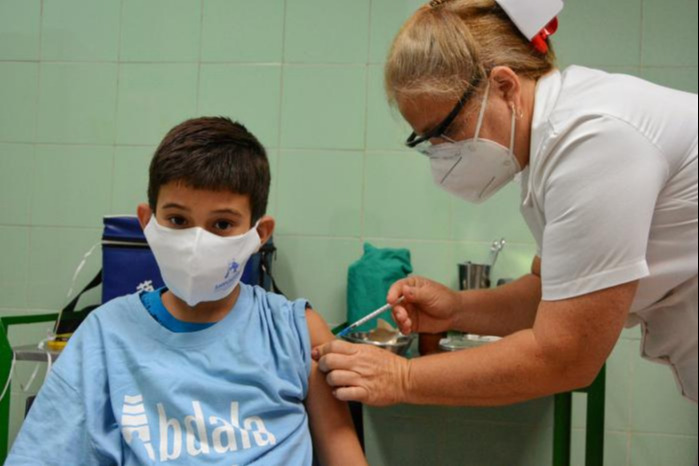 Havana, December 11 (RHC)-- 83.4 percent of Cubans (nine million 331,520 citizens) are fully vaccinated against Covid-19, making the island the leader in Latin America and second in the world.

Cuba is only surpassed by the United Arab Emirates, with 88.4 percent of its inhabitants vaccinated, and Portugal occupies the third position with 82.34 percent.

The statistical portal of the University of Oxford, Our World in Data,  reflects that information.  Cuba surpasses Chile, Uruguay, and Brazil in Latin America.

On the other hand, the Caribbean country also ranks first in the number of Covid-19 vaccines doses administered per 100 people, with an average of 253.96.

Another aspect reflected by Our World in Data in which Cuba ranks first is the number of doses administered (28 million 822 thousand 131) -according to its population- as part of the initial protocol or as a booster.

Last Monday, the application of a booster dose of 'Abdala' began in the Cuban capital in four municipalities of the territory: Guanabacoa, Regla, Habana del Este, and San Miguel del Padrón.

Those who are not convalescing from the disease and who have been inoculated for six months with the complete scheme of any immunization will be included in this process.