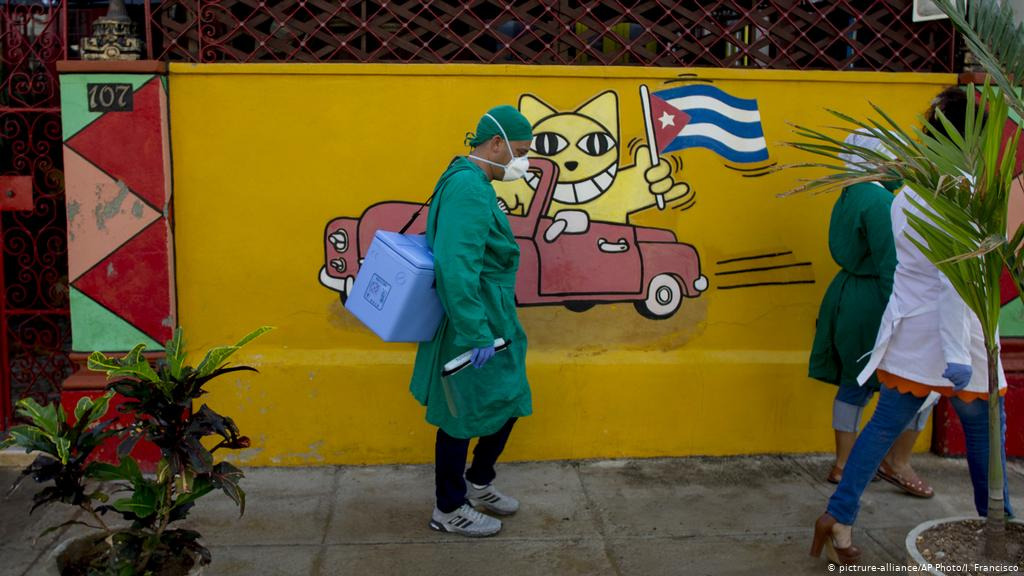 Havana, February 9 (RHC)-- Cuba has 10 million 581,126 people with at least one dose of anti-COVID-19 vaccine, a figure that places the country third in the world in this indicator.  According to figures released today by the statistics website of the British Oxford University, Our World in Data, only the United Arab Emirates and Portugal are ahead of Cuba, followed by Brazil, the United States, India, Indonesia, Mexico, Bangladesh and Russia, in the top 10.

The Finlay Institute, producer of the drugs Soberana 02 and Soberana Plus, expressed through the social network Twitter its pride for such a position, because since the beginning of the epidemic, a strategy was designed from a scientific perspective and based on its own immunizers. Information from the Our World in Data website indicates that 61.5 percent of the world's population has received at least one injection of vaccine against Covid-19 and 10.24 billion doses have been administered globally.

Of this total, nine million 354 thousand 969 people have the second administration and a third, nine million 27 thousand 419 Cubans. In addition, a total of 5,587,846 people has booster doses, which represents 50 percent of the vaccine-eligible population. Cuba began its vaccination campaign in May 2021 and since then has made steady progress and even helped Iran, Venezuela, Vietnam, Nicaragua, St. Vincent and the Grenadines, Mexico and Syria with its vaccines. (Source: Prensa Latina)