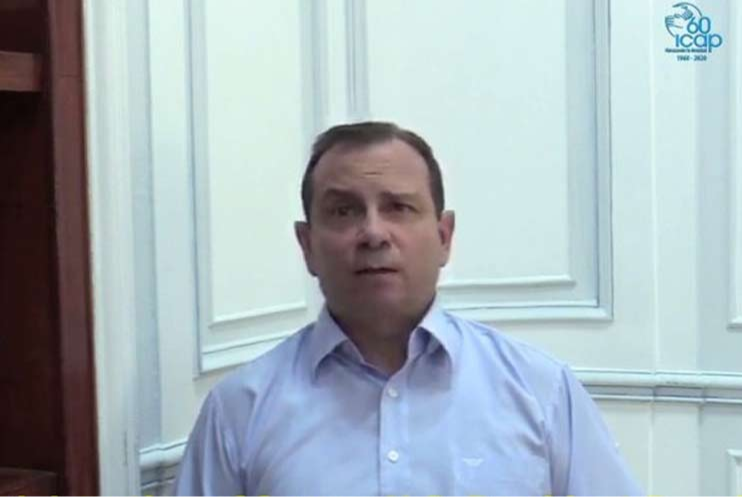 Fernando González Llort, President of the Cuban Institute of Friendship with the Peoples (ICAP).

Havana, December 19 (RHC)-- Cuba denounced this Sunday in a virtual meeting of the Executive Committee of the World Peace Council (WPC) that it is subjected to a brutal blockade and an unconventional war by U.S. imperialism.

The U.S. is determined to intensify its actions and measures to destabilize the Cuban social-political project with the pretended objective of overthrowing the undefeated Revolution, said the Cuban report.

The document was presented by Fernando González Llort, president of the Cuban Institute of Friendship with the Peoples (ICAP), who conveyed the fraternal greetings of the people "who bravely continue to struggle under difficult conditions in defense of sovereignty, independence and their right to self-determination".

González Llort later referred to the videoconferences with peace organizations sponsored by Cuba as regional coordinator of the WPC America-Caribbean region, and to the participation in virtual events convened by the Secretary-General and the Executive Secretary of the WPC.

He also expressed that Cuba welcomes the initiative to hold the XXII World Assembly of the WPC in 2022 in Hanoi, Vietnam, with the conviction that it will be a propitious framework to adopt important decisions on the future functioning of the organization.

In the report, Gonzalez Llort recalled that last April the VIII Congress of the Communist Party of Cuba met, which defined three fundamental objectives: economic development, the ideological battle and the struggle for peace.

He pointed out that in order to broaden and strengthen Cuba's efforts to promote peace, it was decided to integrate the functions of the Cuban Movement for Peace and Sovereignty of the Peoples into the Cuban Institute of Friendship with the Peoples (ICAP).

ICAP's extensive experience in the work of solidarity and friendship was considered; its links with 1,600 organizations and solidarity movements in the five continents and its effectiveness in the preparation of events such as the International Seminars for the abolition of foreign military bases that take place every two years in Guantanamo, he explained.