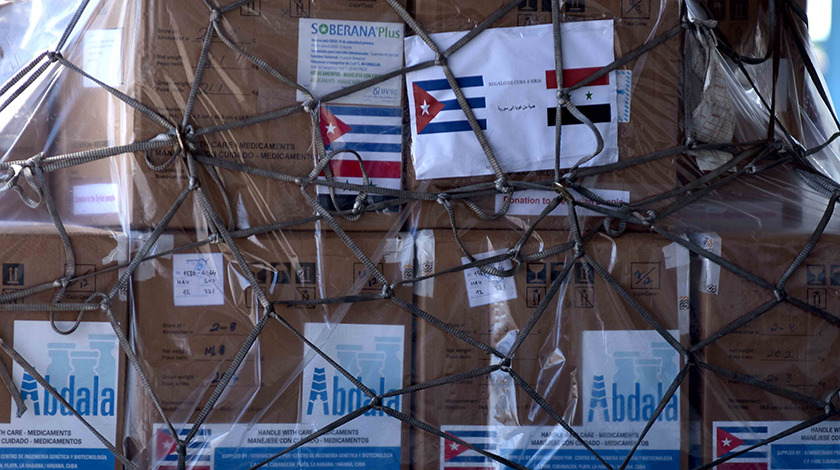 Havana, Jan 8 (RHC) The ambassador of the Syrian Arab Republic in Cuba, Idris Ahmad Mayya, thanked the Cuban government in Havana for donating 240,000 doses of Abdala, Soberana 02, and Soberana Plus vaccines to combat the COVID-19 pandemic.

In the presence of the Acting Minister of Foreign Trade and Foreign Investment of Cuba, Ana Teresita González, the diplomat said at the José Martí International Airport that the initiative had been greatly appreciated and thanked by President Bashar al-Assad and by the government and people of Syria.

During the ceremony, Ahmad Mayya expressed that the donation reaffirms the depth and strength of the relations that have united the two countries for many decades.

On behalf of his government and compatriots, the diplomat expressed his gratitude to the authorities and the people of Cuba, who, he said, are making this contribution of solidarity despite the difficulties exacerbated by the U.S. blockade imposed more than six decades ago.

Cuba is one of the wealthiest countries in the world in terms of dignity and generosity, which has consistently shown under challenging times, with its help to other peoples, he said.

Meanwhile, other nations talk about democracy and human rights but contradict that discourse with blockade measures against Cuba, Syria, and other countries, even amid the harsh situation caused by the COVID-19  pandemic, the ambassador said.