Fifth flight to Cuba with Chinese donation to fight COVID-19 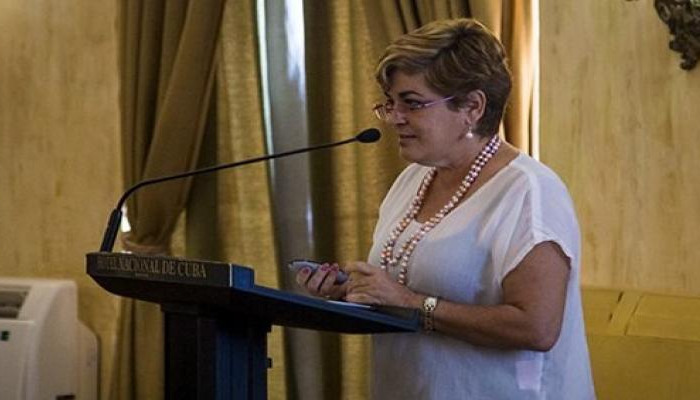 Havana, Sep 17 (RHC) The deputy head of the Ministry of Foreign Trade and Investment of Cuba (MINCEX), Déborah Rivas (pictured) reported Friday that the fifth flight with an important donation from China to support the confrontation with the COVID-19 is on its way to our country.

This week also arrived in Cuba the fourth shipment with a donation from the Chinese government, with a total 24 tons of medical supplies to be distributed immediately by the Ministry of Public Health to hospitals and other health centers.

At the end of August, another one arrived in the Caribbean nation with 22 tons, which included masks, suits, gloves and goggles, antigen tests and other items necessary for the daily work of medical personnel involved in patient care.