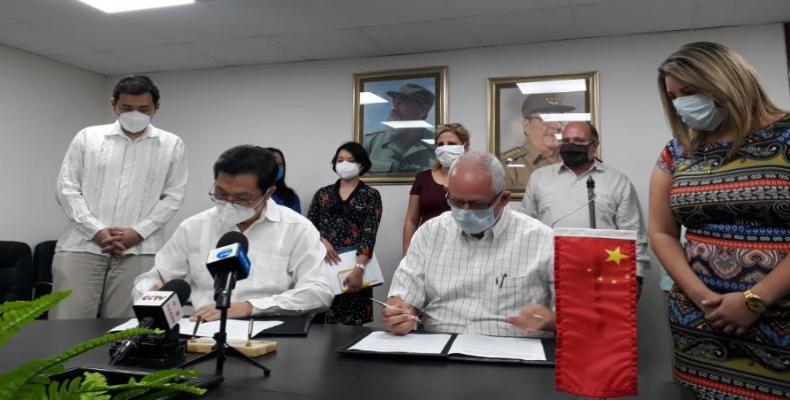 Havana, April 7 (RHC)— A donation by the Chinese government and companies with medical supplies for the prevention and control of the new coronavirus was officially delivered in Havana on Monday.

His Excellency Mr. Chen Xi, Ambassador of the People's Republic of China in Cuba, and the Vice Minister of Public Health, Luis Fernando Navarro, signed the donation's delivery certificate.

The contribution is to be used in hospitals and isolation centers where sick suspects and their contacts are under medical observation.

The Vice-Minister of Public Health, Luis Fernando Navarro, expressed his gratitude on behalf of the Cuban people.

"For us, this is the ratification of all the friendship and collaboration that has existed between the Chinese government and the Cuban government and vice versa," he said.

He also added that how China has contained COVID-19 is an example to the world.

Ambassador Chen Xi, for his part, said that this gesture ratifies the unbreakable friendship between both nations.