Irregular migration from Cuba to the U.S. becomes more complex 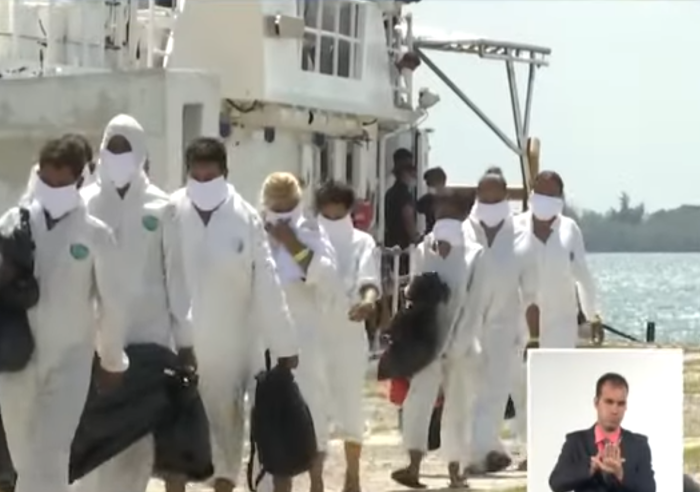 Havana, Jan 20 (RHC)-- Cuban authorities insisted on the need for both governments to jointly confront irregular emigration to the United States, given the complexity of these operations.

The head of the Directorate of Identification, Immigration and Foreigners of the Ministry of the Interior of Cuba, Colonel Mario Méndez, said on national television that most of the actions of false documentation and illegal exit are organized from U.S. territory.

There is the will of the Ministry of the Interior to face this type of situation, whose attempts of illegal exit on most occasions do not reach the sea due to the intervention of the law enforcement agencies. However, in 2021,  a high lethality was registered, and more than 1,500 people were returned to Cuba.

He warned that another of the ways for irregular emigration is the use of false documents such as visas, residence, work permits, and passports. In that sense, in 2021, authorities detected 459 people victims of fraud operations coming mainly from the United States.

Colonel Méndez pointed out that Cuba has approved measures to update its migratory policy in recent years, which allowed more than 1,260,000 Cubans to travel abroad and about 750,000 residents of other countries to come to the island.

He said more than 60,600 people were resettled during this period, and 4,119 were granted Cuban citizenship.