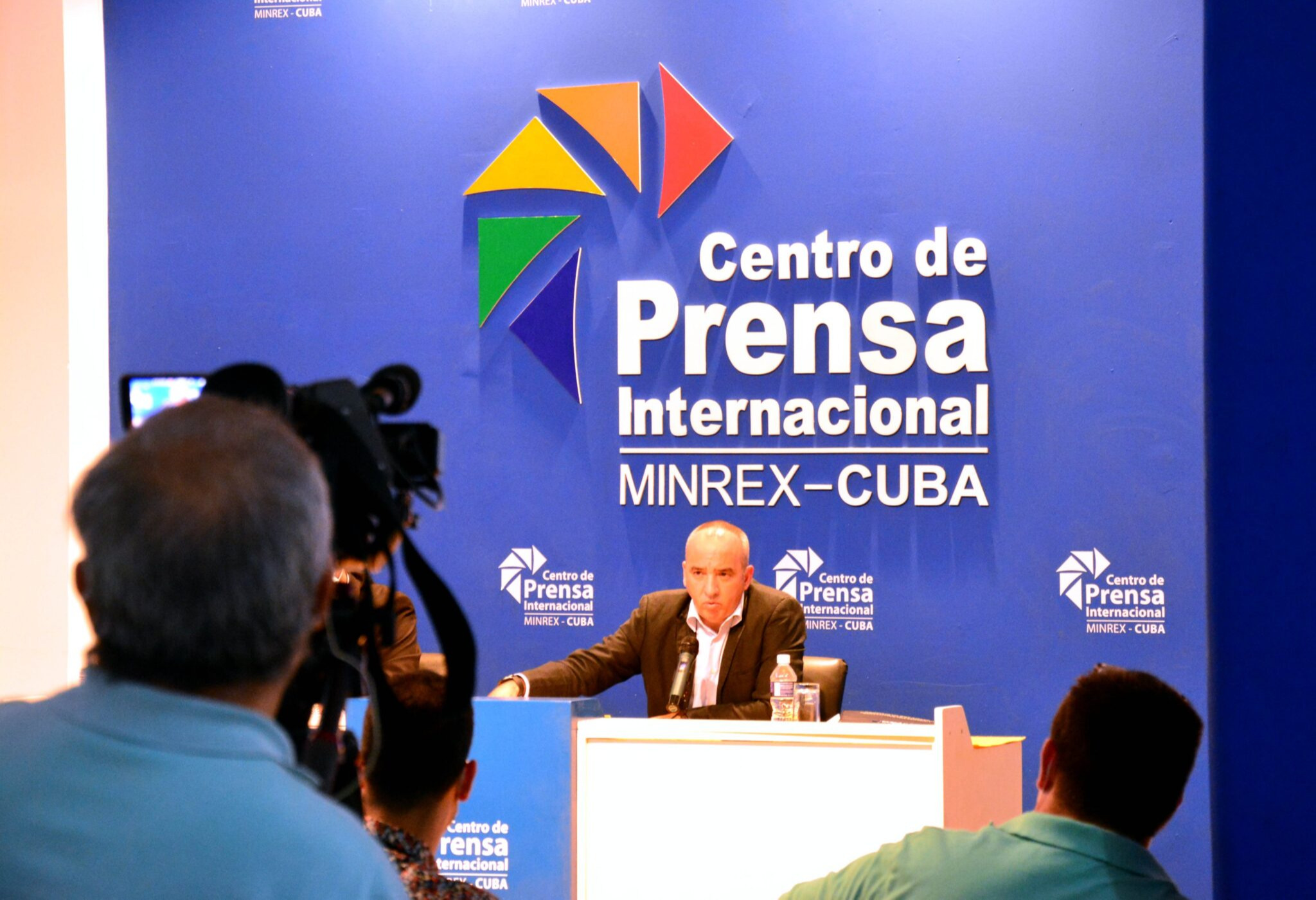 Ernesto Soberon, director-general of Consular Affairs and Cubans Residing Abroad at
the Foreign Ministry talks to the press in Hav ana, February 16, 2020. PL PHoto.

Havana, Feb 16 (RHC) The Cuban Foreign Ministry on Wednesday denounced the responsibility of the United States in the irregular flow of nationals through Nicaragua and other countries.

According to Ernesto Soberon, director-general of Consular Affairs and Cubans Residing Abroad at the Ministry, the migration phenomenon is influenced by the reinforcement of Washington's economic, commercial, and financial blockade.

Likewise, he remarked that the indefinite closure of consular services in Havana and the obligation to go to third countries to request a visa for the North American country encourage unconventional departures.

The official expressed that migratory flows to Nicaragua are not isolated for the Caribbean nation since other territories also waive visa requirements for Cuban travelers.

In some cases, this decision responds to agreements signed with a reciprocity conception, and in others, it is a decision of the host government.

Soberón stressed that Cuba seeks to guarantee regulated, orderly and safe movements of travelers, for which bilateral cooperation mechanisms must be created.

Likewise, he said strategies are urgently needed to combat phenomena associated with displacements, such as human trafficking and irregular smuggling.

The Cuban Government maintains frequent contact in migratory and consular matters with Nicaragua and other Latin America and the Caribbean countries.

Regarding the measures adopted in favor of Cubans who were stranded in other countries due to the Covid-19 pandemic, Soberón explained that they will remain in place until further notice