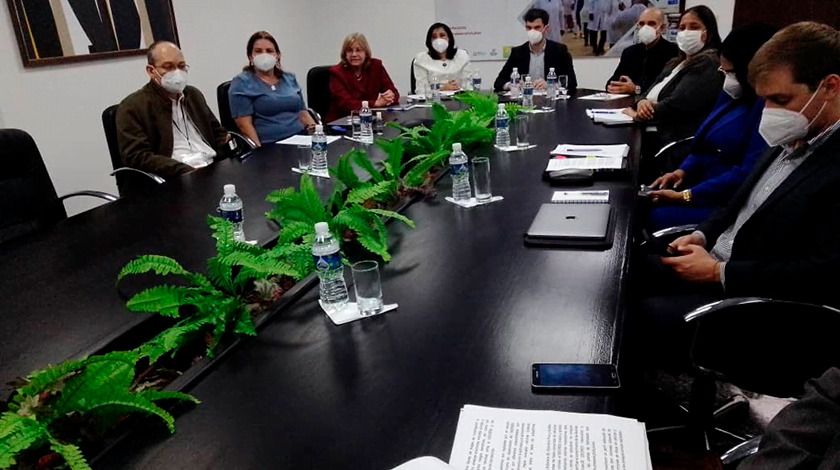 Havana, January 26 (RHC)--  At a briefing convened by Progressive International  (PI) on Tuesday, representatives from Cuba's biotechnology community explained their plan to deliver 200 million Covid-19 vaccine doses to low-income nations in the Global South—along with technology to enable domestic production and expert support to improve distribution.

In a statement, Progressive International described the island's achievement in creating effective vaccines as immense.

David Adler, general coordinator of Progressive International (PI) and head of its delegation to Cuba, praised the announcements by Cuban scientists and said it should mark a historic turning point in the history of the Covid-19 pandemic.

"If we can use this know-how to build a better system, not driven by the greed of the few, it will be truly world-changing."  "This lifesaving package sets the standard for vaccine internationalism."

The Cuban government said that the Caribbean island had obtained enough funding from the Central American Bank for Economic Integration to manufacture 200 million doses.

According to Dr. Vicente Vérez Bencomo, director-general of the Finlay Institute of Vaccines, "They could produce 120 million doses in one year alone."

According to the statement, the briefing was organized by PI in response to the rapid spread of Omicron amid persistent global vaccine apartheid—a combination that World Health Organization (WHO) Director-General Tedros Adhanom Ghebreyesus warned last week makes the emergence of new variants "likely."

Nearly 10 billion Covid-19 vaccine doses have been administered globally to date. While more than 70% of people in high-income nations have been fully inoculated, less than 10% of people in low-income countries have received at least one shot.