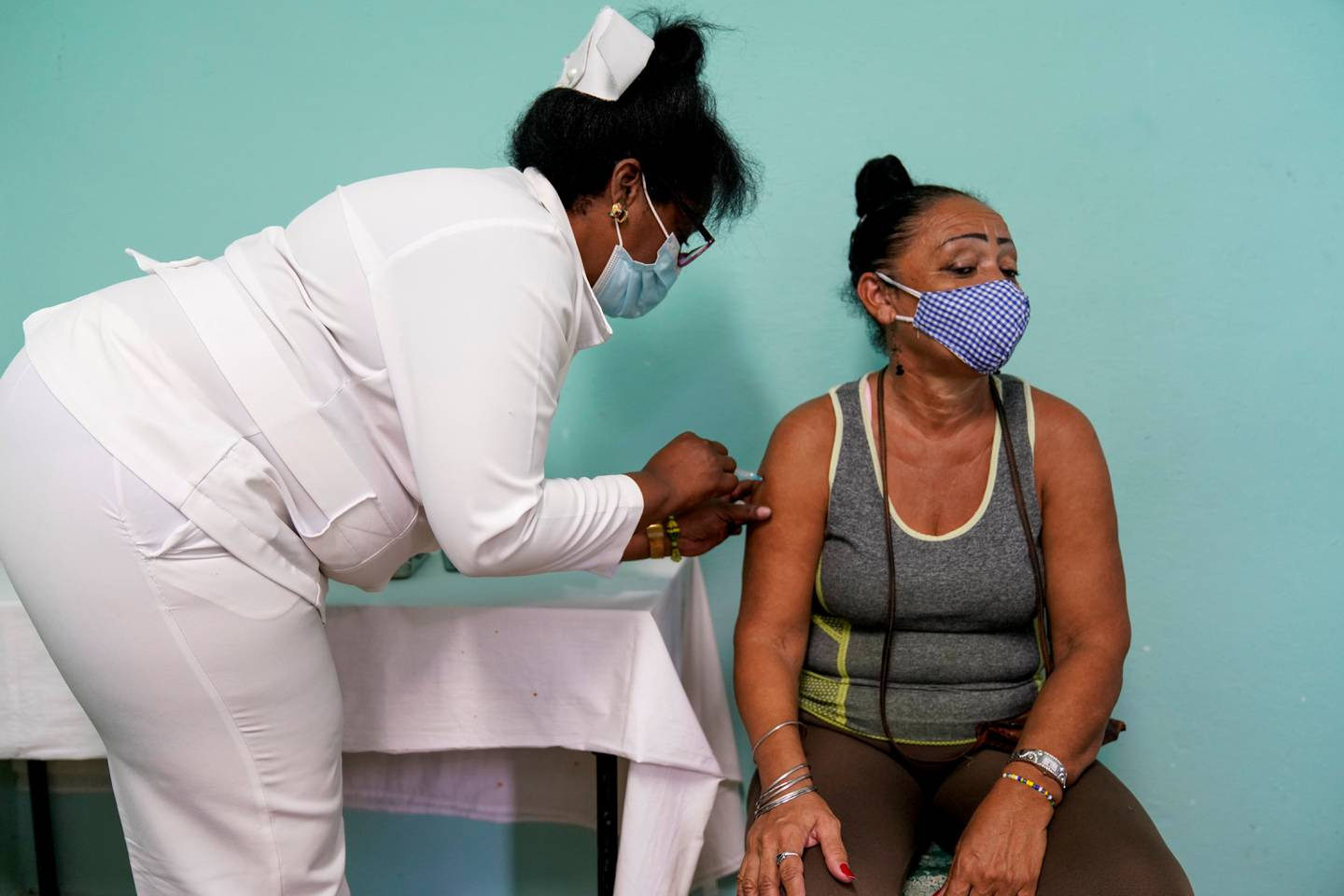 A woman receives a booster dose of the Abdala vaccine in Havana, Cuba
on December 6, 2021. Photo: Reuters

“The island has a strong research sector, it is a health care tourist destination and sends doctors and nurses to work all over the world, including the Gulf Region”, the publication said.

Efforts to distribute such injections began after the Caribbean nation achieved one of the highest coverage figures in the world.

While the United Arab Emirates leads the global rankings, Cuba is in the top 10 with 93 percent of its population with at least one dose; 87, two; and 51 have received a booster.

“I’m not surprised at all that they set out to develop their own vaccine. They have the need, but they also have the capability,," said Helen Yaffe, senior lecturer in economic and social history at the University of Glasgow in Scotland.

The article in the Emirati paper added that Cuba, with its decades of state-led investment in health care and medical research, an approach championed by historic leader Fidel Castro, emphasized self-sufficiency in vaccines, to the point of producing most of those used in its national immunization programs.