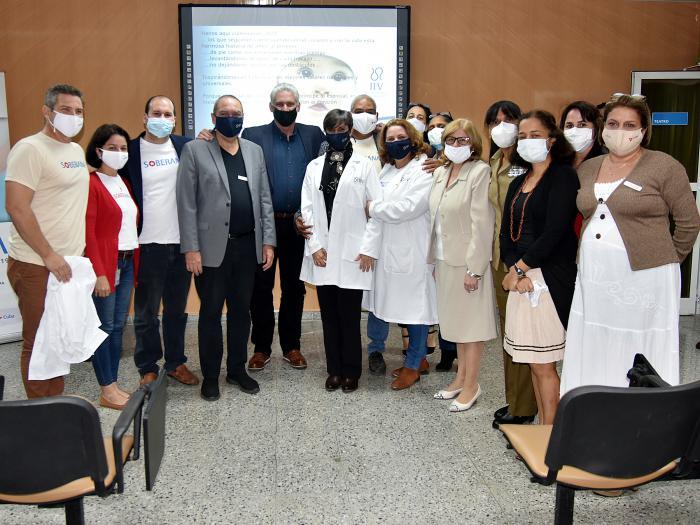 During his third visit to the Finlay Institute of Vaccines (IFV) on Monday, its staff briefed the president about the Sovereign vaccines' progress in its variants 01 and 02, currently in the clinical trial phase.

"To the Finlay family, along with those of other centers that have worked on the development of Soberana, we express our gratitude for what they have done and our respect and confidence in what they will continue to do, " said Díaz-Canel.

He pointed out that their achievements prove the country's capacities and its scientists' commitment to the population's health.

Vicente Vérez, the Finlay Institute general director and leader of the project, informed that Soberana 01 is advancing in Phase 1 and that  Soberana  02 is entering Phase 2.

He added that both are reliable in terms of safety and immune response and explained that Sobernana 02, specifically, due to its characteristics, has shown an early immune response (at 14 days), which allows moving to Phase 2 clinical trial in a faster way.

Soberana 01 has also shown safety and excellent immune response, but it is expected to enter the clinical trial phase in February due to the time required between one and another dose, he stated.

Likewise, he ratified the country's capacity to immunize the Cuban population against the SARS CoV-2 virus in the first semester of 2021.