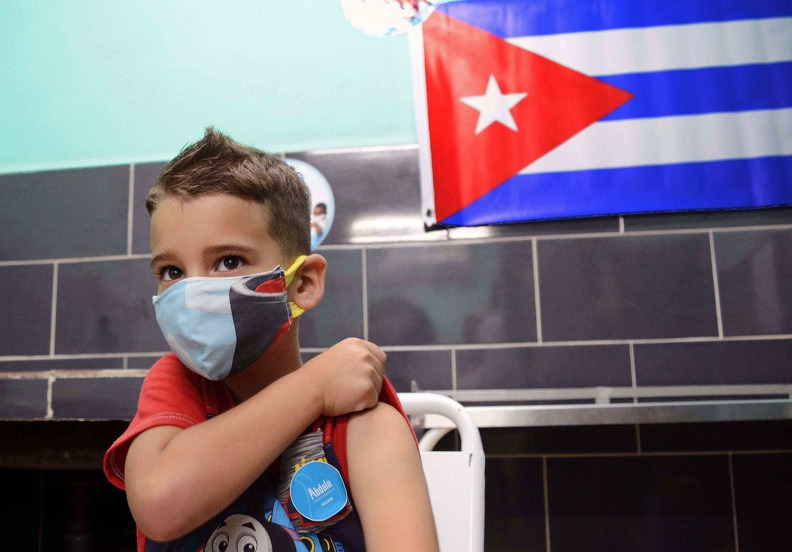 The President highlighted that this is a story written by men and women of Cuban health and science on Twitter.

The head of state shared a tweet from the Finlay Vaccine Institute. The entity highlighted that the Caribbean country was the only one in the world capable of facing the Omicron variant of Covid-19 with its entire pediatric population vaccinated.

Cuban scientists recently underlined the excellent results of the immunization of children and adolescents against the epidemic.

Dr. Maria Eugenia Toledo, the lead researcher of the Soberana 02 vaccine, praised the decision to vaccinate this group before the arrival of the Omicron variant on the island.

The Cuban regulatory entity gave the green light at the beginning of September last year to the use in children between two and 18 years of the Soberana 02 and Soberana Plus drugs from the Finlay Vaccine Institute.

The Caribbean country's decision was the first at the international level to protect this population group against the disease, an action Nicaragua and Venezuela followed.