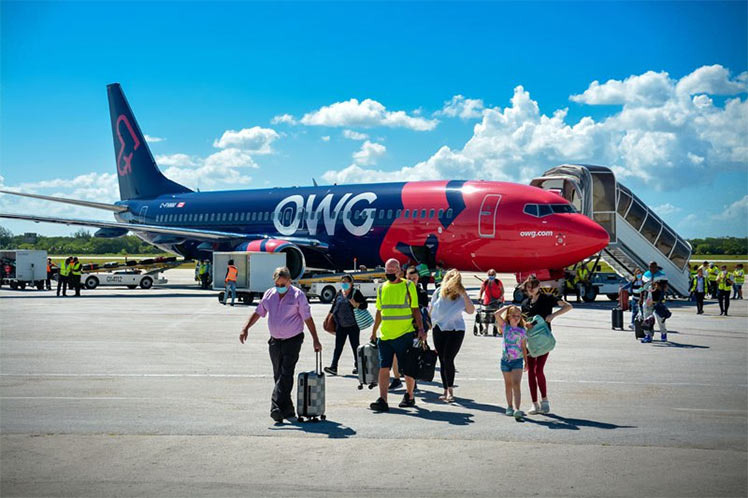 Holguín, Cuba, June 30 (RHC)-- The Off We Go (OWG) airline, coming from Canada, began operations on Friday to Cuba through Frank País International Airport, in the city of Holguín, in eastern Cuba.

Elizabeth García, director of the Havanatur T&T Oriente Norte branch office, told Prensa Latina that this first OWG flight opened a new route to the country, which will be joined by other important tourist destinations, including Villa Clara, Cayo Coco, and Varadero.

Flights from Toronto and Montreal will arrive every Thursday until October 31, when the autumn/winter season begins, with clients on board from the Hola Sun and Caribe Sol travel agencies, which belong to the Cuban tour operator Havanatur.

About the recently created airline, Garcia detailed that it belongs to the Nolinor Aviation consortium and will work with a fleet of three Boeing 737-400, acquired in early 2020.

The Havanatur director stressed that these trips to Holguín are important in the revival of tourism in this territory since most passengers have reservations in hotels in the resorts of Guardalavaca and Pesquero.

For his part, Yoel Hechavarría, general coordinator of Frank País International Airport, said that, once again, Canada is ratifying its position as the main source of tourists to this northeastern province, as this operation joins six other weekly flights currently in operation.

Referring to the air traffic in that facility, Hechavarría pointed out that it will increase gradually because in addition to the Canadian airlines, there are connections with Bahamas, Italy, Germany, Mexico and the United States, so 23 foreign aircraft arrive at "Frank País" every week.