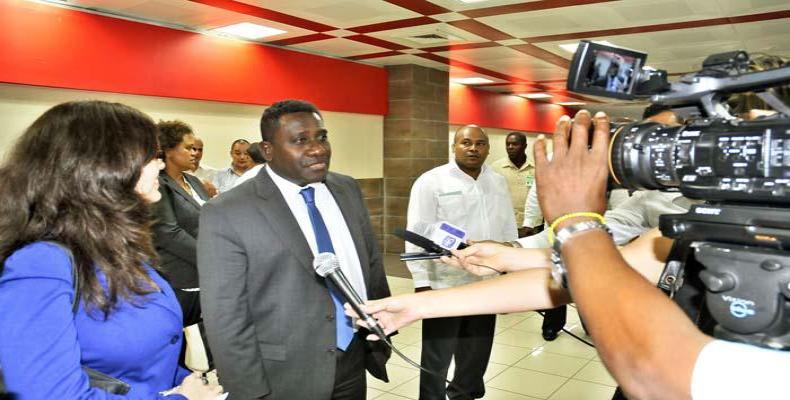 Havana, July 24 (RHC) – The Prime Minister of the Solomon Islands, Gordon Darcy Lilo, presided over the opening of his country's embassy in the Cuban capital on Thursday, in the context of a three day official visit to Cuba.

Darcy Lilo, who was welcomed Tuesday evening at Havana's Jose Marti International Airport by Cuban Deputy Foreign Minister Rogelio Sierra, said he has high expectations for this, his first visit to our country, and stressed the Solomon Islands' support of Cuba in all international forums.

According to diplomatic sources, the president will hold official talks with Cuban President Raúl Castro Ruz, as well as other Cuban authorities.

The opening of the Solomon Islands diplomatic seat in Havana will contribute to expand and strengthen ties of friendship and cooperation between both nations, which have been progressively consolidated since the formal establishment of diplomatic bonds on December 19, 2002.

At present, both countries are developing collaboration projects, particularly in the medical and educational fields.

During his stay on the island, Darcy Lilo will pay tribute to Cuban National Hero, Jose Marti, in this capital's Revolution Square, and also hold official talks with President Raul Castro, among other activities.