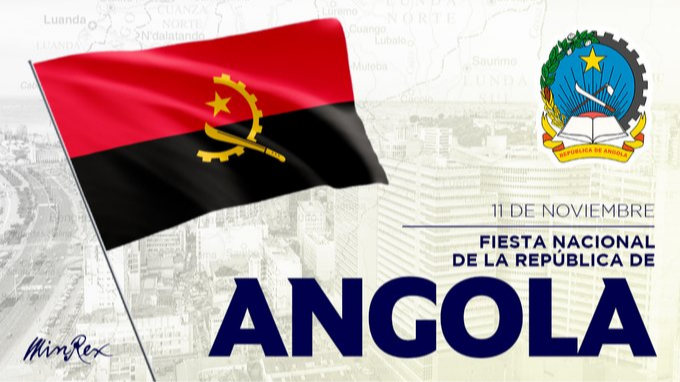 Cuba congratulates Angola on the 47th anniversary of its independence

Havana, Nov 11 (Web Network) The Cuban Foreign Ministry on Friday congratulated the people and government of the Republic of Angola on the occasion of the 47th anniversary of its National Day.

In its account on the social network Twitter, the Foreign Ministry highlighted the date, adding that both countries are united by close ties, based on the sacrifice, the friendship between historic leaders Fidel Castro and Agostinho Neto, and the legacy of their peoples.

The day before, a celebration ceremony was held in Havana in which the ambassador of the African nation on the island, Maria Candida Pereira, said that the anniversary means a day of joy for all Angolans, as it represents the summit of a long national liberation struggle against the Portuguese colonial regime and where the Angolan people took the reins of their destiny.

She recalled that Angola was constituted as a sovereign and independent State during the difficult and complex context of the Cold War, in a bipolar world divided by the confrontation within the international community.

The diplomat thanked the support of the Cuban people and especially the historic leader Fidel Castro Ruz (1926-2016), "for the quick and courageous help in different sectors to Angola".

She informed that her country will host the meeting of the Organization of African, Caribbean, and Pacific States, to be held from December 6 to 10 this year and, in addition, will assume the presidency of that organization.

Maria Cândida Pereira added that Angola, as a full member of the United Nations, is committed to the protection of the environment, forests, seas, rivers, and other natural resources that are crucial for the well-being of peoples and the sustainability of societies.