Meeting of Cubans living in Europe ends in Berlin 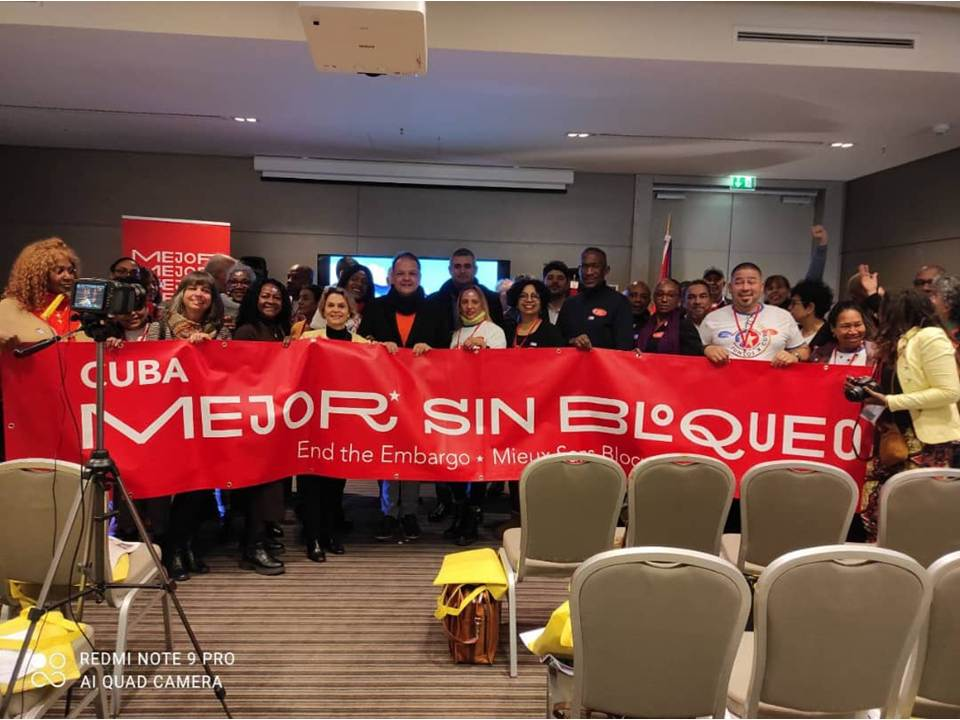 The Meeting of Cuban Residents in Europe in Berlin decided to resume face-to-face meetings (Photo: PL).

Berlin, Nov 20 (RHC) The 2022 edition of the Meeting of Cuban Residents in Europe (ECRE) will culminate this Sunday in Berlin with an act of solidarity with the island and condemnation of the U.S. blockade at the emblematic Brandenburg Gate.

The forum, set up on Friday, held its day of debates in working groups and plenary sessions, with topics on the agenda such as the fight against Washington's economic, commercial and financial blockade against Cuba, the strengthening of the nation-emigration ties, the work in social networks and the coordination of actions.

The cold temperatures succumbed to the Cuban warmth, emanating from enthusiasm and a patriotic love that does not yield, despite the distance or time, in an atmosphere of commitment and concrete decisions to accompany Europe their homeland, and its humble people, both in good and bad times.

A Yes for Cuba was given here by Pablo, resident in Denmark; Damayanti, in Greece; Pedro and José, in Germany; Ana Katherine, in France; Arlenz and Carlos, in Belgium; and Ada and Ileana, in Italy, among many others.

The participants in the ECRE-2022, which marked the return to face-to-face meetings after the scourge of Covid-19, agreed to join efforts to demand the end of the blockade and help alleviate its consequences, launch new solidarity projects with their compatriots, defend the Antillean nation in social networks and improve the functioning of the associations.

Speaking to Prensa Latina, Laura Pujol, deputy director of the General Directorate of Consular Affairs and Attention to Cubans Living Abroad of the Foreign Ministry, highlighted the depth of the debates and proposals at the meeting.

It has been an exciting and very efficient event, due to the breadth of the topics discussed on Saturday, which ratified the support for the sovereignty of the island and the condemnation of the blockade, she said.

According to the official, the exchanges of criteria underlined the love for the homeland and the willingness to accompany it in its socio-economic life, to actively participate in its society, and to strengthen ties with embassies and consulates.

The ECRE of Berlin decided to resume face-to-face meetings so that a venue yet to be determined will host 2023 the family inspired by Marti's thought "Homeland is Humanity".  (Source: PL)