The Meeting of Cubans living in Europe started in Berlin 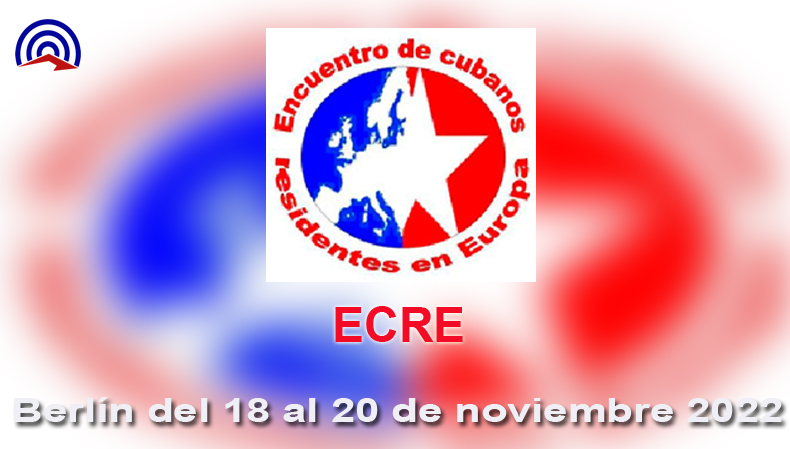 Meeting of Cuban Residents in Europe

Berlin, Nov 18 (RHC) The 2022 Meeting of Cubans Residing in Europe (ECRE) began today in Berlin and until Sunday 20, with an agenda that includes the fight against the U.S. blockade imposed on the island and the strengthening of nation-emigration ties.

From different parts of the European continent, Cuban residents expressed in the days before the event, their expectations for the return to the on-site format, after the impact of the Covid-19 pandemic.

Ratifying the love for the homeland, condemning the blockade and the inclusion of Cuba in Washington's unilateral list of countries sponsoring terrorism, promoting solidarity with those who suffer the consequences of that hostile policy, natural phenomena, or accidents, and boosting the coordinated work among the associations, stand out as declared objectives.

We have high expectations, we have been preparing the meeting for months through a process of inclusive videoconferences, because compatriots from different countries were able to participate with their contributions, told Prensa Latina Pedro Silva, president of the association La Estrella de Cuba in Germany.

For his part, the resident in Denmark Pablo Javier Sosa considered the ECRE of Berlin an opportunity to continue growing in this forum of commitment to the land where they were born and its people.

Seeing each other again will fill us with energy and bring us closer together, he said.

Arlenz Arean, who lives in Belgium, agreed on the importance of the physical reunion to consolidate the unity of the people who support his country and the embrace between brothers inspired by Marti's thought "Homeland is Humanity".

In dialogue with Prensa Latina, José Conde, one of the organizers, pointed out that the topics to be discussed will be various, from the rejection of the blockade and the organization of concrete actions of solidarity to communication, the work in social networks and the links between the nation and emigration.

According to Conde, the intention is to materialize here the proposal launched more than a decade ago to establish a European coordinator of associations of Cuban residents, with a view to inclusive participation in actions and to enhance their scope.

Today's ECRE is devoted to the registration of delegates and contact with politicians and civil society in Germany, to share the reality of Cuba and its people, manipulated in the mainstream media.

For tomorrow, the agenda will include debates and proposals on the topics convened and the reading and approval of the final declaration of the meeting.

On Sunday, the famous Brandenburg Gate will host an act of solidarity with the island and the officialization of the final text agreed upon by the participants. (Source: PL)