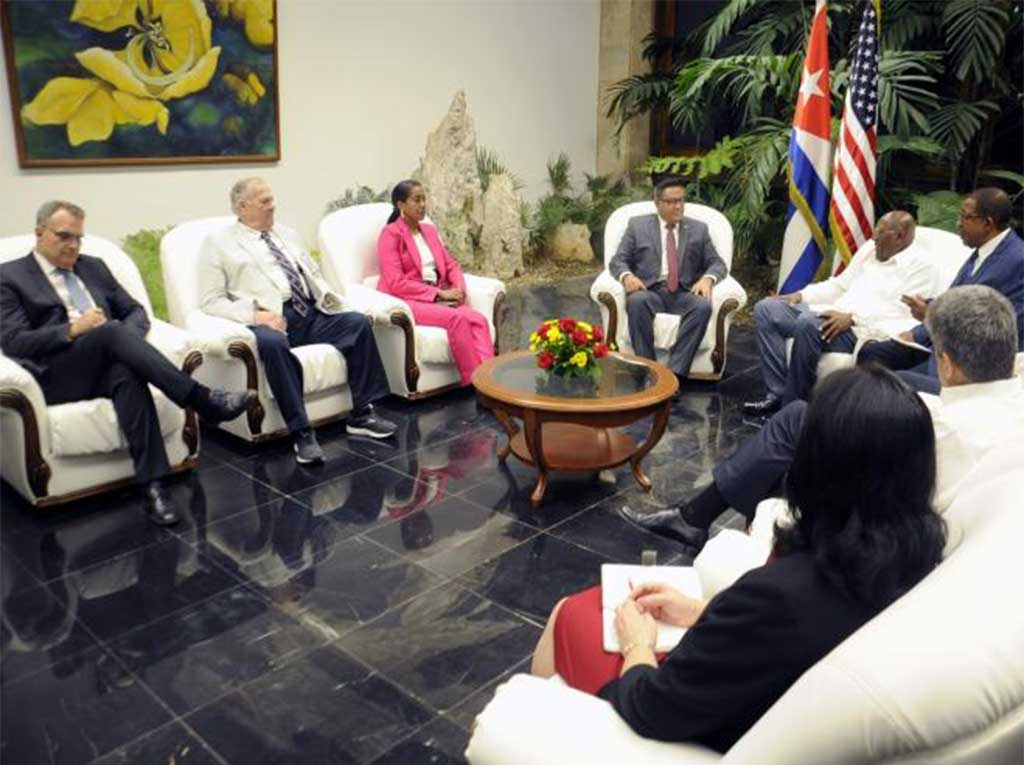 The dialogue took place at the National Capitol, the seat of the Cuban legislature. Photo: @AsambleaCuba

Havana, Nov 23 (RHC) A delegation of U.S. congressmen was received Wednesday by Cuban parliamentarians who are members of the Agrifood Commission.

A message on Twitter from the National Assembly of People's Power (Parliament) states that the chairman of the Committee, Ramón Aguilar, spoke with the U.S. lawmakers, who are members of the Agriculture Committee of the House of Representatives.

Since last Saturday, the U.S. congressmen have been carrying out a work agenda in the largest Antillean Island, which included meetings with government authorities, agricultural producers, scientific and commercial entities. (Source: PL)