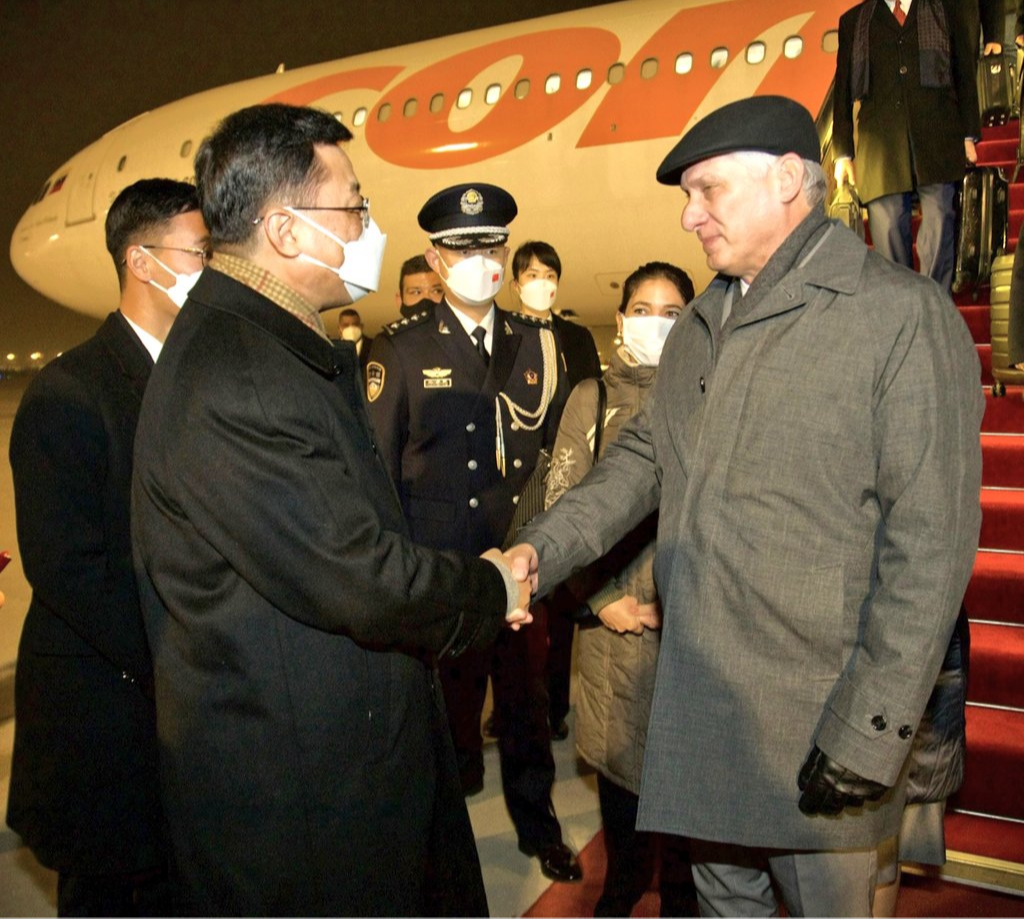 Beijing, November 24 (RHC)-- Cuban President Miguel Díaz-Canel arrived in Beijing to begin a state visit to China, where he will close an international tour that previously took him to Algeria, Russia and Turkey.

The Cuban head of state will develop an intense work agenda through Saturday, November 26.  He is visiting the Asian country at the invitation of his host counterpart, Xi Jinping.

The Cuban ambassador to China, Carlos Miguel Pereira, will join the delegation.

Although there are still no details of the agenda, it is expected that during the official talks Diaz-Canel and Xi will review the state of bilateral ties and plan new actions to further strengthen them in the future.

However, the Chinese Foreign Ministry said this week that the Cuban president's stay will inject a new impetus to the development of ties by stressing their relationship of "good friends, good comrades and good brothers".

He also estimated that it will give renewed impetus to the traditional friendship and fraternal cooperation between the two nations, which he described as a model of solidarity, collaboration and mutual assistance.

China is the fourth and last stop on the current tour of Díaz-Canel, who was previously here in 2013 and 2015 as Vice President of Cuba, and then in November 2018 made his first visit as President.

The current tour seeks to consolidate relations and explore at each stop opportunities to expand bilateral cooperation in different sectors and with mutual benefit.

During the dignitary's previous trip in 2018, the two socialist nations strengthened their ties in economic matters with the signing of several memorandums of understanding, including one on expanding cooperation in the context of the Belt and Road initiative.

Cuba and China signed agreements to increase productive capacity in prioritized collaboration projects and the granting of a Chinese credit that would support the acquisition of construction equipment for the renewable energy and tourism sectors.

Another text referred to the supply of machinery to increase the production of various crops in the eastern province of Guantanamo and the last one was on the delivery of the reception of projects for fruit and vegetable canning factories.