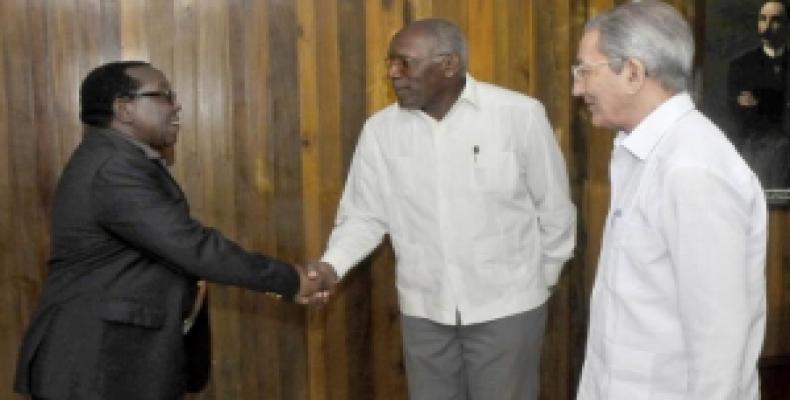 The two officials stressed historic and friendly relations between the Cuban Communist Party and the African National Union and they also exchanged views on issues of bilateral interest, particularly about the impact on the Cuban people by the U.S. economic, commercial and financial blockade.

The meeting was attended by the secretary of Women’s Affairs of Zimbabwe, Olivia Muchena and by the Charge d’ Affaires at that country’s embassy in Cuba, Pendukai Mutekwa.

Also attending was the head of the International Relations Department of the Cuban Communist Party Jose Ramon Balaguer and other Cuban party officials.