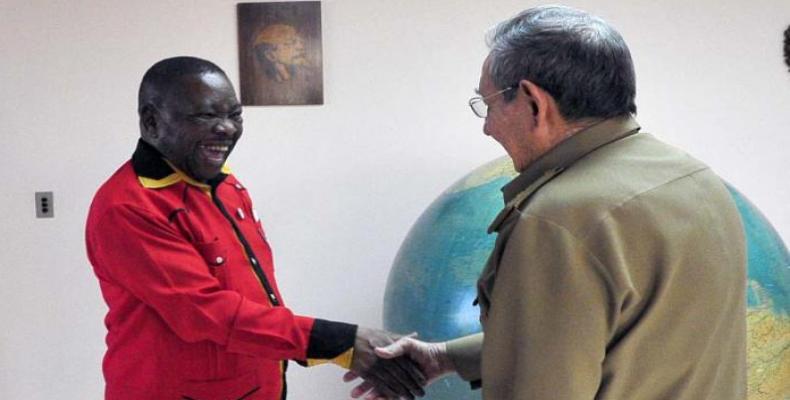 Havana, December 22 (RHC)-- President Raul Castro has met with the Secretary General of the South African Communist Party, Blade Nzimande, who is on an official visit to Cuba.

During the meeting on Monday, Raul and Blade exchanged views on the excellent state of the cooperation relations between their political parties and governments, as well as on international issues.

The distinguished visitor was accompanied by Solly Solomon Mapailla, Politburo member and second secretary of the Communist Party of South Africa.

Cuba was also represented at the meeting by Salvador Valdes, Politburo member and Vice President of the Council of State; and by Jose Ramon Balaguer, a member of the Central Committee’s Secretariat and head of its Department of International Relations.