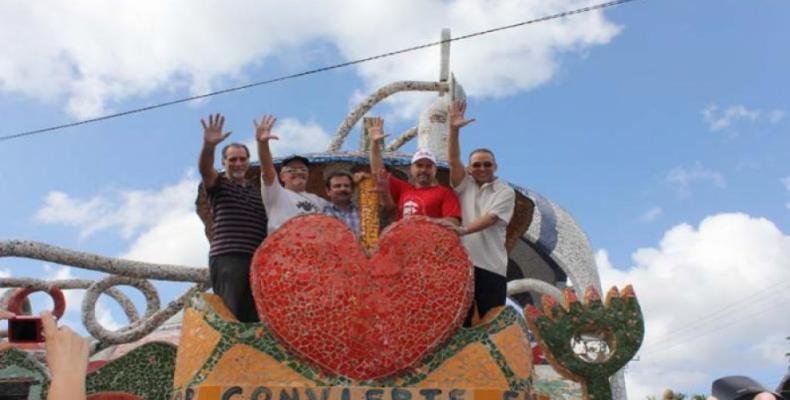 Havana, December 30 (RHC) – Fernando González, René González, Antonio Guerrero and Gerardo Hernández, the four members of the Cuban Five group, inaugurated an outdoor sculptural complex erected in the Havana suburb of Jaimanita, honoring the solidarity movement with their cause.

Accompanied by family and friends, the Cuban anti-terrorist fighters expressed their appreciation for the unwavering support of their people and thousands of activists around the world, and read a message from Ramón Labañino, the fifth member of the group, who could not attend the presentation.

The sculptural work, made of ceramic with a metal frame by artist José Rodríguez Fuster, was finished on the day when the Cuban heroes marked the tenth year of unjust imprisonment in the United States.

For six years the artist kept the masterpiece in his workshop having decided to wait for the return home of the Five, so they could be the ones to inaugurate it.

The Cuban Five were imprisoned in the United States since 1998 for monitoring extremist groups in South Florida, that had carried out and were planning terrorist actions against Cuba. Two of them were released after completing their sentences in full and the rest were freed as part of a landmark prisoner swap with the United States.