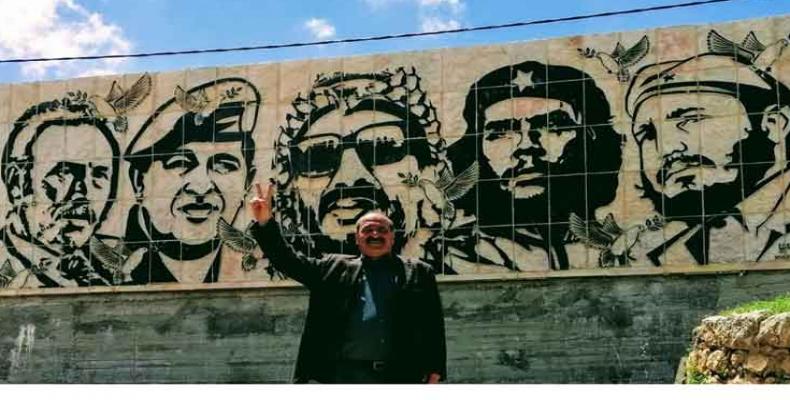 It measures 10 meters wide and 3 meters high and is located near the city of Dora, in the southern part of the West Bank region.

The work of Palestinian visual artist Youssef Kattlo, the mural was created in honor of Cuba and Venezuela’s solidarity with Palestine.

Mohamed Abuat-wan, president of the Palestine-Cuba Friendship Association, noted that aside from sending medical brigades around the world, now to fight the Covid-19 pandemic, Cuba has also trained many Palestinian doctors.

‘Cuba has been a long-standing critic of the Israeli state and has often expressed its solidarity with the cause of the Palestinian people,’ he said.

He recalled also that Venezuela, starting under the late President Hugo Chavez, has maintained close ties with the Palestinian people. ‘The South American nation, he said, helped fund a hospital in the city of Ramallah, which is now called Hugo Chávez Hospital.’

The artist, Youssef Kattlo said the mural, as well as other art works across the West Bank, are a form of collective expression and thinking.

A new photo released recently shows Palestinian activists unveiling a mural in honor of what they have called the Venezuelan “spirit of resistance” against non-stop US aggression.