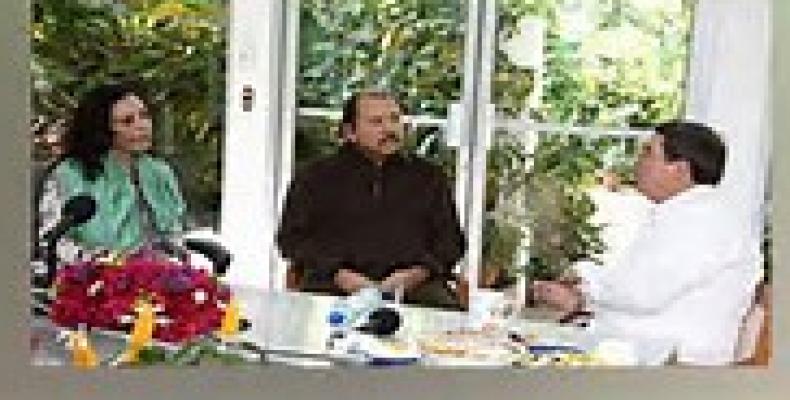 Managua, March 12 (RHC) -– Nicaraguan President Daniel Ortega has met in Managua with Cuban Foreign Minister Bruno Rodriguez, who paid a visit to the Central American nation. The meeting was also attended by the coordinator of the Council of Communications and Citizenry, Rosario Murillo.

Prior to the meeting on Tuesday, Murillo referred on television to the friendly, fraternal and cordial visit by the Cuba's top diplomat by saying that “we will be pleased to talk with Rodriguez and send our best regards, as usual, to the historic leader of the Cuban Revolution, Fidel Castro, to President Raul Castro, and to the beloved, brave and formidable people of Cuba.”

Bruno Rodriguez took part at the meeting of the Association of Caribbean States, held in Guatemala.