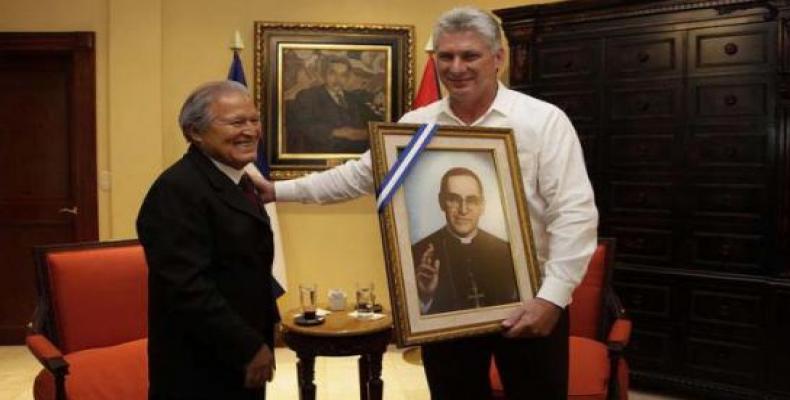 In a press release posted on the official website of the Salvadoran government, the country's Foreign Minister Hugo Martínez stressed that during the meeting the two dignitaries discussed bilateral cooperation and reviewed preparations for the upcoming visit of the Salvadoran head of state to Cuba.

Cuban First Vice President Diaz-Canel arrived in the capital of El Salvador on Friday. Speaking with reporters upon his arrival, he conveyed a warm message of friendship to the Salvadoran people on behalf of Revolution leader Fidel Castro, President Raúl Castro and the entire Cuban people.