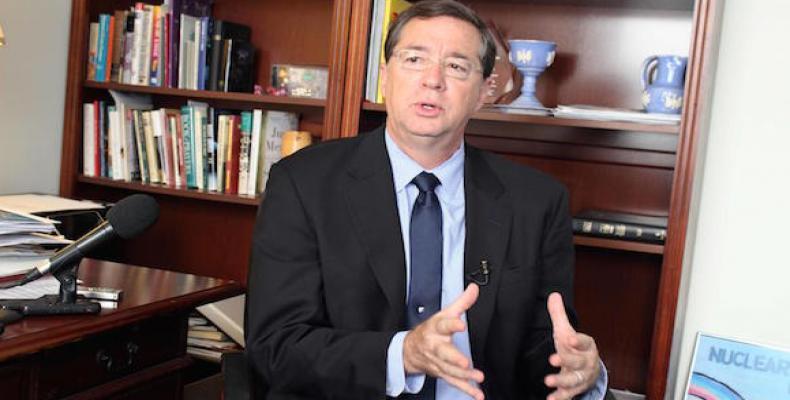 Havana, June 4(RHC)-- The visiting President of the U.S. National Council of Churches, Reverend Jim Winkler, welcomed the ongoing process toward the re-establishment of diplomatic relations between the United States and Cuba and called on Washington to lift its over 50 year-long blockade against Havana.

In statements to reporters in Havana, Winkler said he will continue working with people of goodwill in the United States to force Congress to repeal the arbitrary law.

The religious leader emphasized that although some influential anti-Cuba sectors in U.S. political circles oppose the ongoing rapprochement between Washington and Havana, most Americans support President Barack Obama's Cuba policy shift, including the 45 million people, members of the 100 thousand local congregations that make up the U.S. National Council of Churches.

The U.S. pastor has visited Cuba on several occasions. During those visits, he has exchanged with Cuban religious leaders and with the five Cuban anti-terrorist fighters, who spent long, unfair prison terms in the US.