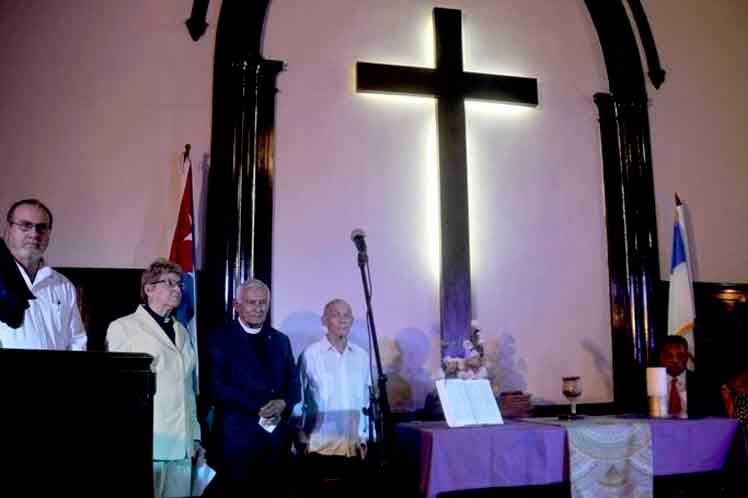 Washington, August 21 (RHC)-- A score of churches and religious organizations in the United States sent a letter to U.S. President Joe Biden to ask for the end of the sanctions that are suffocating Cubans.

The associations referred to the shortage on the island of medicines, food, and other vital materials amid the Covid-19 pandemic as a consequence, among other issues, of Washington's restrictions.

We ask to prioritize the well-being of the Cuban people, regardless of political considerations, with immediate humanitarian measures and the suspension of the provisions that prevent the arrival of assistance to the Cuban people, the letter states.

Likewise, the clergy described the U.S. economic blockade as the main factor in worsening the situation in the Caribbean country. More specifically, they ask the president to eliminate the limit on remittances, avoid bureaucracy to facilitate donations of essential products, and reestablish consular services at the Washington embassy in Havana.

They also urge Biden to lift restrictions on banking and financial transactions associated with the delivery of humanitarian aid and allow the entry into Cuba of medical supplies with more than 10 percent U.S.-made components.

Among the 24 signatories to the letter are the National Council of Churches, the Episcopal Church, the Evangelical Lutheran Church in America, the Presbyterian Church, the United Methodist Church - General Board of Church and Society, and the Washington Office on Latin America.

That message comes as the Biden administration insists on an aggressive policy toward the island and on maintaining the economic, commercial, and financial blockade imposed six decades ago, despite an electoral promise to turn that strategy around.

Last month more than 400 artists, politicians, intellectuals, and activists worldwide also petitioned Biden, calling for an end to the sanctions that have so affected Cuba, especially during the pandemic.