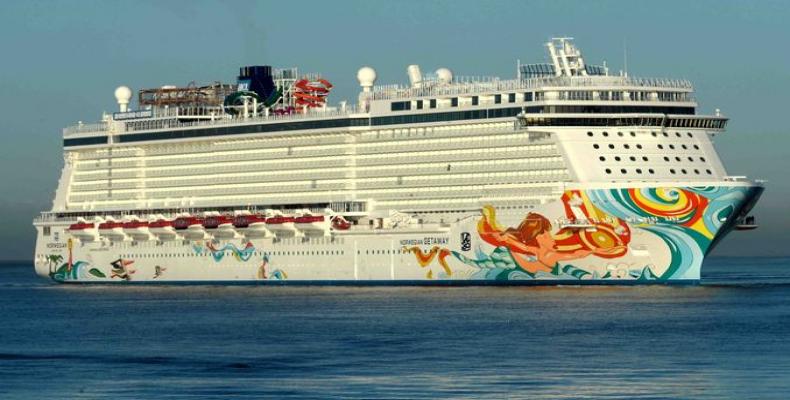 The Miami-based parent company of Norwegian Cruise Line, Oceania Cruises and Regent Seven Seas has applied for licenses from the U.S. Treasury and the U.S. Department of Commerce to offer trips to the island nation, Norwegian president and CEO Frank Del Rio revealed Tuesday during a conference call to discuss the company's second quarter earnings.

Norwegian also is talking with the Cuban government about obtaining necessary permission to visit, Del Rio said during the call. "I don't know the timeline for any of those three licenses to come through, but I am hopeful that they will happen before the year is out," Del Rio said.

The licenses would be for the limited types of trips allowed under the U.S.'s five-decade-old blockade of Cuba such as educational "people-to-people" trips. General leisure travel from the U.S. to Cuba including traditional cruises is still banned.

Assuming the licenses come through, Del Rio suggested the first ship the company would send to Cuba would come from its Oceania brand, which operates relatively small vessels that would work best with Cuba's limited infrastructure. Oceania's smallest ships carry about 700 people.

Under U.S. government rules, people-to-people trips to Cuba must focus on educational exchanges between U.S. travelers and Cubans, and they typically feature a full-time schedule of interactions with Cuban musicians, artists, chefs and other locals. They aren't tourist-oriented, and breaking away from the group for self-directed exploring or skipping an activity isn't allowed.