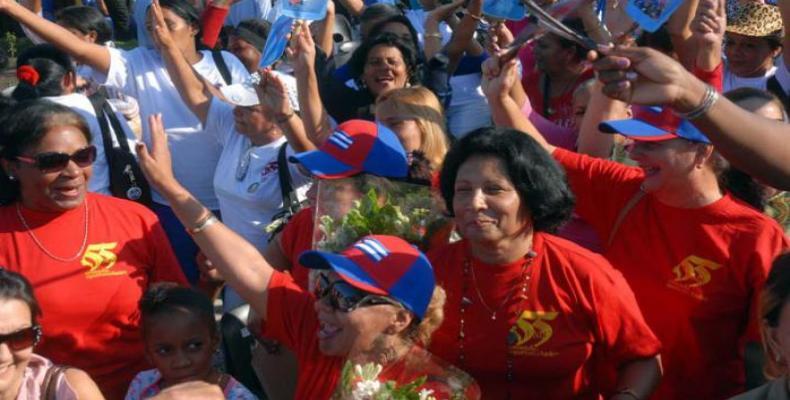 Bayamo, August 24 (RHC) –- Cuban President Raul Castro has congratulated Cuban women on the occasion of the 55th anniversary of their organization.

The congratulatory message was conveyed by the general secretary of the Federation of Cuban Women (FMC), Teresa Amarelle Boure, at the main event marking the anniversary in Bayamo, Granma province.

Speaking at the ceremony in the capital of the eastern province of Granma, Olga Lidia Tapia, member of the Central Committee of the Secretariat of the Cuban Communist Party, recalled that the FMC's main objective since its founding has been the full integration of women into the socio-economic life of the country.

The organization was founded on August 23, 1960 by the historic leader of the Cuban Revolution, Fidel Castro, and heroine Vilma Espin.

Olga Lidia Tapia mentioned some of the achievements promoted by the organization, including the childcare system, contributions to modern legislation for the protection of children, as well as strengthening sex education programs and progress in labor and wage policies.