Havana, August 22 (RHC)-- The Federation of Cuban Women celebrates this August 23rd its 60th anniversary. Since its foundation, its main objective was the incorporation of women into society and employment, as well as into the program of social and economic change underway in the country.

Vilma Espin, a rebel fighter in the Sierra Maestra with Fidel Castro and Raul Castro was the founding president of the FMC until her death in 2007.

As part of the 60th anniversary of the organization, the Vilma Espín Memorial in the eastern city of Santiago de Cuba received the 60th Anniversary Flag of the Organization, a distinction granted for the only time to outstanding institutions. 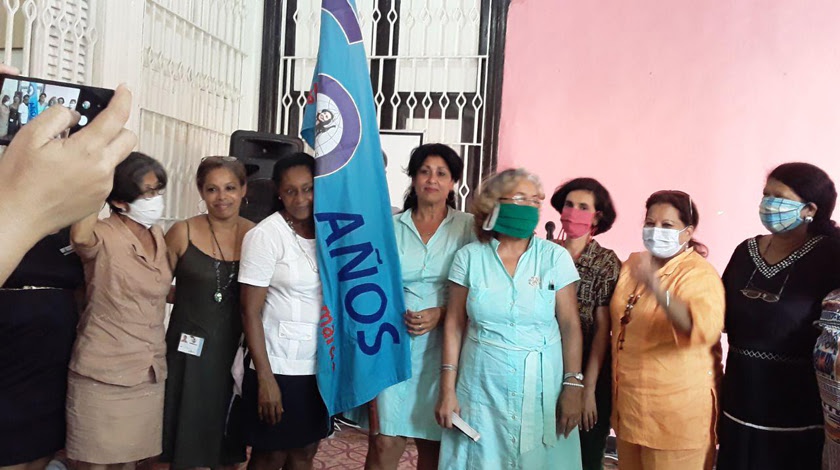 Staff of the Vilma Espín Memorial receives the 60th Anniversary Flag of the Organization. ACN Photo

, Secretary-General of the FMC, highlighted the work of the museum house in rescuing and disseminating the life and work of the eternal president of Cuban women Vilma Espín.

Speaking at a workshop held in the Memorial, Amarelle stressed the importance of spreading among new generations the work of the Federation, and its achievements over the last six decades

She also commented about the introduction by Cuba of a candidate for a COVID-19 vaccine.

“We are very happy with this new vaccine, soberana01,  a vaccine that is also being made with women's hands and this is just a sample of how we Cuban women have taken advantage of all the opportunities, how we have contributed to the revolution in the same way that how the revolution has had an impact on us”, said.

On the eve of the 60th anniversary of the Federation of Cuban Women, President Miguel Diaz-Canel congratulated the organization and its members, highlighting Cuban women’s involvement in the fight against COVID-19, and in every task of the revolution.